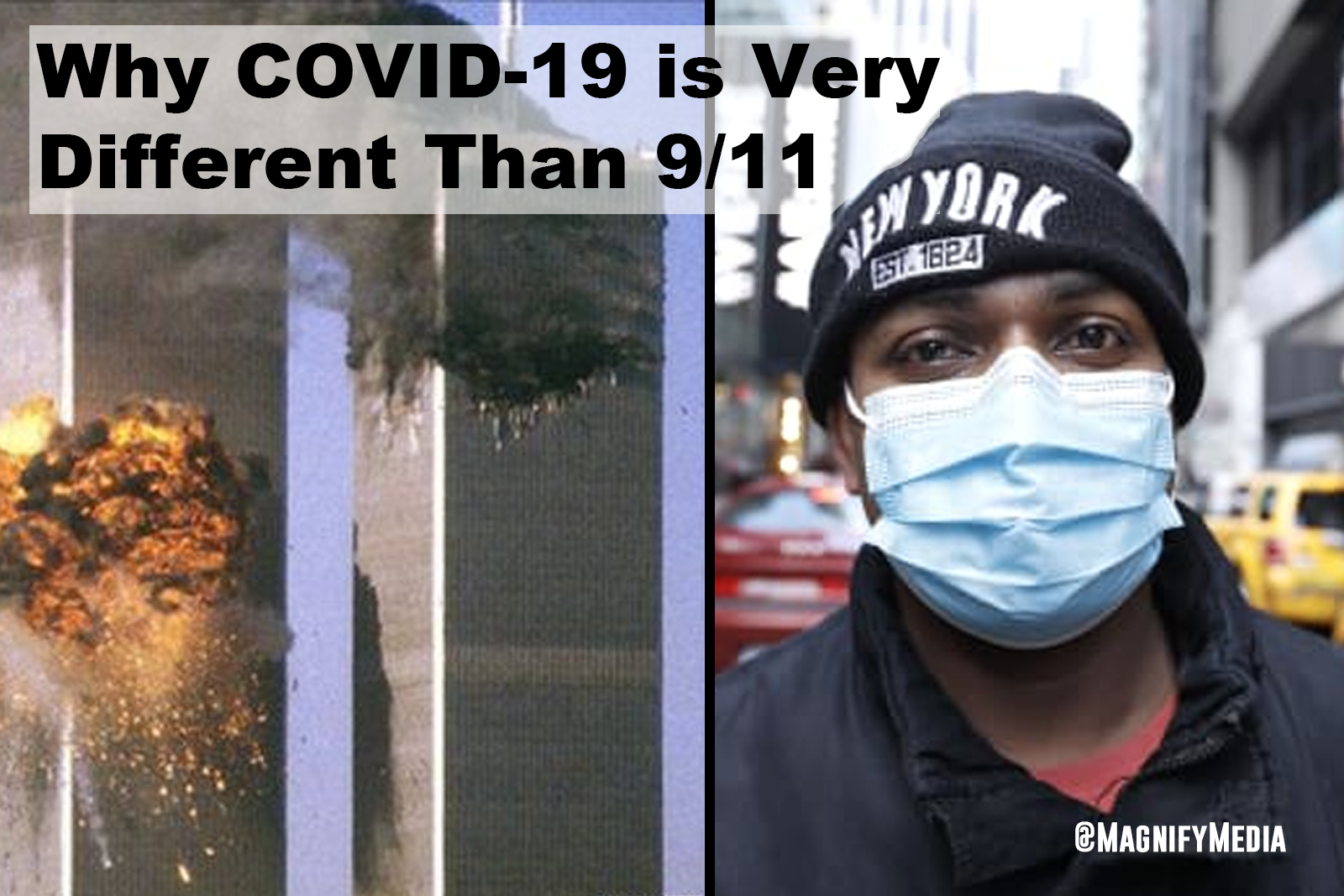 Every day, in ways large and small, 9/11 hangs in the air. Of course, the pandemic isn’t 9/11, and the differences are telling.

But the differences are far more than numbers. 9/11 was in some ways far more clarifying. America was under attack. In the days that followed, New Yorkers came together.

When I directed the film "7 Days In September,"  I remember feeling and seeing a powerful sense of unity and shared compassion in the city.

And the crowds that gathered on the West Side Highway to cheer and clap for first responders -- also as seen in the film -- is echoed in today's 7 p.m. applause for healthcare workers. But that’s where the similarities end.

Twenty years later, after a war in Iraq and Afghanistan, and a continued fuzzy dotted line between Islamic fundamentalists and the Saudi government, we take some solace in the fact that the dangers unleashed in the attacks on the World Trade Center came from outside our borders.

COVID-19 is in the air around us. We find ourselves looking suspiciously at the unmasked dog walker, or the people who spend their days behind a mask checking out groceries, hoping they will observe social distancing. We wash our hands, we wipe down surfaces, we accept the phrase “flatten the curve” as a gentle stand-in for what it really means: slow the death rate.

As terrible as 9/11 was, it also provided a symbol for global unity. America was, for a moment, the center of global support and appreciation. Terrorism, if not stopped, would infect the globe. And so we agreed to armed conflict, a reduction in civil rights, massive surveillance of digital communication, and a blurring of the line between war and peace.

Historians have yet to write the final chapter on America’s response to 9/11. But  there’s an argument being made that we squandered a moment when we could have built a new chapter. A connected world could have come together after 9/11 and begun to understand that some problems don’t honor borders or boundaries. Extremism exists in various forms around the planet.

9/11 brought us together against a common enemy, one we could at least theoretically identify through ideology and fight with technical tools we understood.

COVID-19 offers no such easy blame or identity. For a moment, trying to invent an enemy, the White House worked to hang the blame on China with the monicker the “Wuhan Virus.” Some members of the public heard the dog whistle, and Asian Americans paid the price.

What does the enemy look like? For residents of Rhode Island, it was New Yorkers. For people living year-round on Long Island’s beach communities, it was Manhattan residents leaving the city to travel to their summer homes. And Trump took turns emasculating and then empowering and blaming governors, though mostly Democratic governors.

COVID-19 is a virus that doesn’t respect borders, nationality, or ethnicity. it is communicable for days before it shows symptoms. So even if everyone who had any symptoms self-isolated, the disease would still spread through the population. It makes everyone around us dangerous.

COVID-19 feels strangely more divisive. The U.S., Canada, France, Germany, China: We’re all in it for ourselves. Which makes the unseen danger of the virus far more ominous -- and solving it something that demands a global solution to a global pandemic.

covid-19
4 comments about "Why COVID-19 Is Very Different From 9/11".
Check to receive email when comments are posted.
Read more comments >
Next story loading