Four-Hour Preview For New Network With No Launch Date 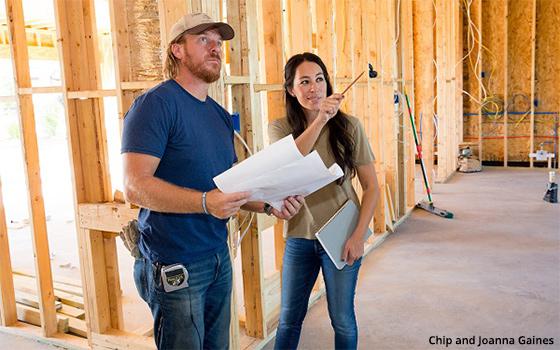 A new way of introducing a whole new TV network will be on view this coming Sunday (April 26) when Discovery-owned DIY Network gets temporarily rebranded for four hours as Magnolia Network.

Magnolia Network is the new venture in which the Gaineses have been partnered with Discovery for the better part of the last two years. The Gaineses are considered the most successful of all of the renovating, redecorating couples featured on HGTV and DIY.

This new network is named for the Gaines’ self-styled renovation and design company, Magnolia, based in Waco, Texas.

In the Tuesday news release, the emphasis was clearly on this four-hour stunt on Sunday in which fans of Chip and Joanna will get an opportunity to see them again, and also to sample some of the content that is coming to Magnolia Network.

However, more or less buried in the release was the news that a hoped-for launch of Magnolia on Oct. 4 is now to be postponed until an as-yet unknown date amid temporary COVID-19-related production delays,” the news release said, echoing a situation that is affecting all of television right now.

Ten of the shows that Magnolia had hoped to have ready by October, but now will not, are listed in the release.

They include “Bespoke Kitchens,” a show on high-end kitchens; “Home Work,” in which a couple and their seven children will be seen converting a 20,000 square-foot former school building into a home for themselves; and “Inn the Works,” about the restoration of an old broken-down California campground.

Another show, “The Lost Kitchen,” is about an internationally known restaurant of the same name that operates in an old mill in the tiny town of Freedom, Maine.

According to the Magnolia news release, “every year, hundreds of visitors from around the world make reservations not by phone or email, but by submitting postcards in hopes of experiencing a meal they will never forget.” That does sound interesting, and also obnoxious.

How much of these or any other unfinished Magnolia works will be seen in this weekend's four-hour preview of the now-delayed network was not specified in the news release.

For the record, the preview event is titled “Magnolia Presents: A Look Back & A Look Ahead” and hosted by the Gaineses (Chip and Joanna, pictured above). The “Look Back” part will be all about their original show “Fixer Upper” on HGTV. The “Look Ahead” will provide something to look at -- clips, one supposes -- from the new offerings of Magnolia.

The only problem with the whole thing is that this is only April, and the launch of this new network could be next April for all anyone knows.