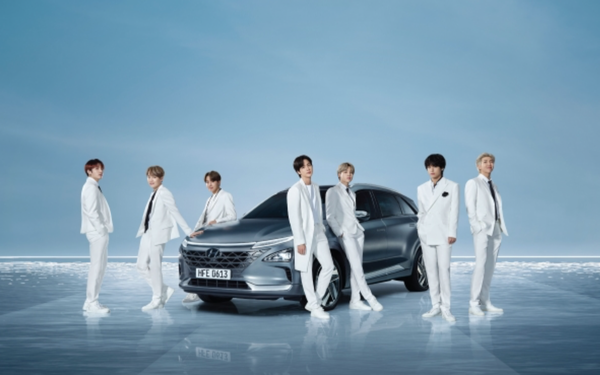 The 60-second version of the Hyundai video, which debuted at 6 a.m. in Korea on Earth Day, had already been viewed more than 2.8 million times on YouTube as of 4 p.m. EDT in North America. It was cut down from a 2-minute video. A TV spot featuring footage from the videos will air on major networks around the world over the next few weeks.

Hyundai’s flagship fuel cell electric vehicle Nexo appears toward the end of the film, presenting the company’s vision of hydrogen energy as the positive energy for a better tomorrow.

Audi of America celebrated Earth Day by announcing the Audi Environmental Foundation had awarded a $100,000 grant to the California Institute of Technology, the lead institution in the Climate Modeling Alliance. The grant will fund researchers in their pursuit of a new climate model.

Hyundai is also conducting the #DarkSelfieChallenge, an online event that encourages people to take part in Earth Day while staying at home. Participants are encouraged to switch off their lights and take a selfie in the dark with only a  flashlight, and share the photos at #DarkSelfieChallenge and #EarthDay until May 4.

The automaker also released a four-minute “How It Works” video on the Hyundai YouTube channel and Hyundainews.com. The video explains how the Nexo fuel cell stack creates its propulsion energy on demand only as its driver needs it, in contrast to battery-electric vehicles.

BTS has been promoting sustainable mobility as the Global Brand Ambassador for Hyundai Motor under the slogan #BecauseofYou.

Earlier this year, the group starred in another film presenting Hyundai's clean mobility vision, which was screened on a digital billboard in Times Square. The seven members of the group also arrived at the 62nd Grammy Awards riding in a Hyundai Nexo zero-emission vehicle.