U.S. President May Boast About His COVID-19 Ratings, But He Trails British Heads Of State 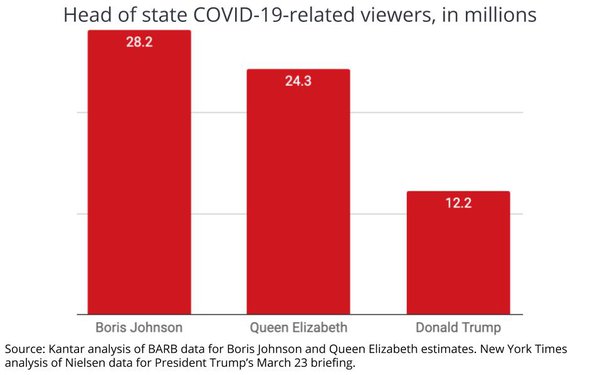 The President of the United States may keep comparing his COVID-19 pandemic press briefing ratings to prime-time blockbusters like those of "Monday Night Football" or the season finale of "The Bachelor," but they pail in comparison to the TV ratings of COVID-19 addresses by two British leaders: Prime Minster Boris Johnson and Queen Elizabeth.

While the U.S. President's ratings reached a Nielsen high of 12.2 million people with his March 23 briefing, according to a New York Times story, which he cited in not one, but two tweets, that's half the 24.3 million British viewers that Queen Elizabeth drew with her April 5 COVID-19 televised address or the 28.2 million British viewers Boris Johnson got for his March 23 COVID-19 televised statement, according to an analysis of BARB data released by Kantar Wednesday.

The ratings disparity is even more noteworthy given that the U.K. has far less TV viewers than the U.S. 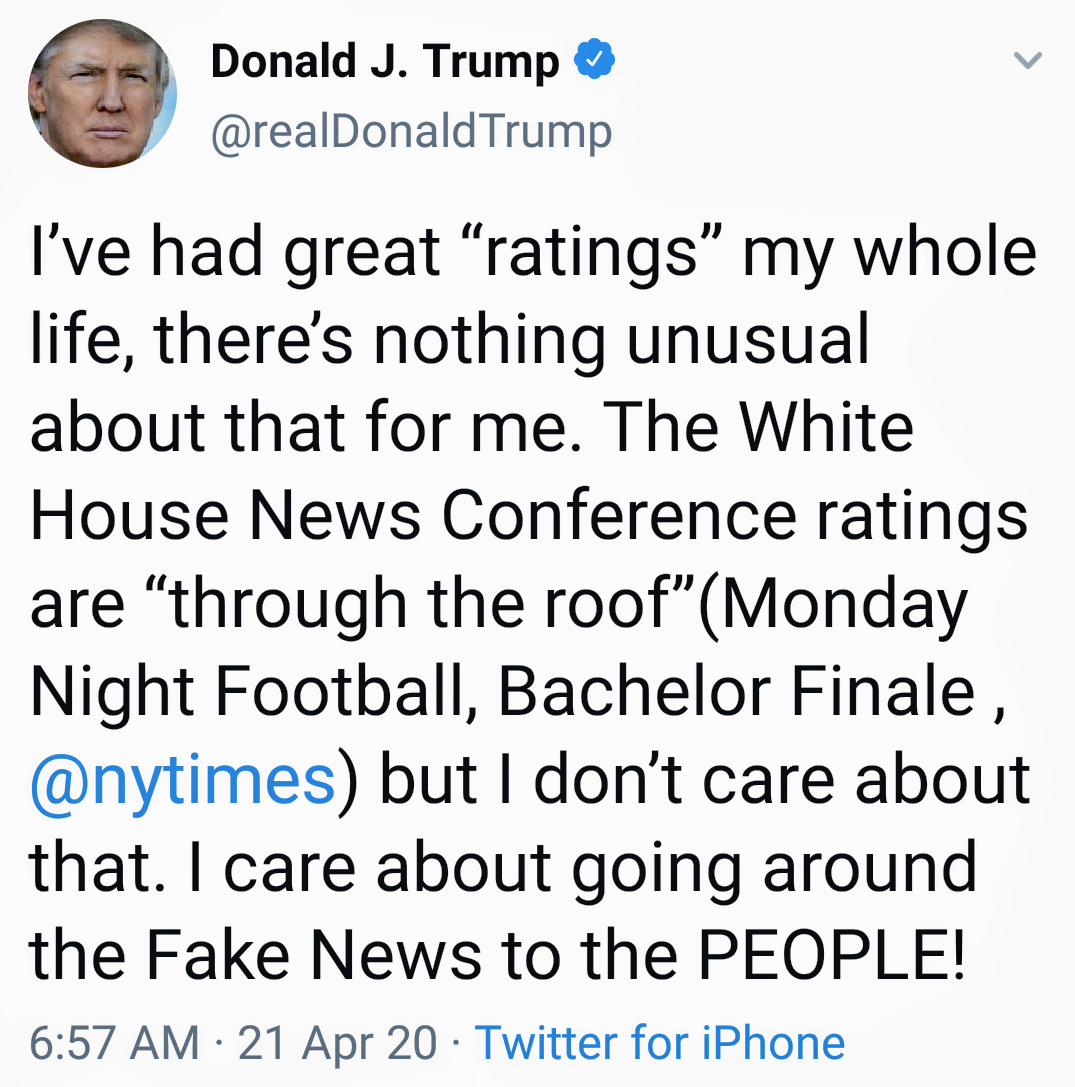 cmmr, covid-19, england, uk
1 comment about "U.S. President May Boast About His COVID-19 Ratings, But He Trails British Heads Of State".
Check to receive email when comments are posted.
Next story loading