Cuervo May Buy You Dinner For Cinco De Mayo, Booze Gets Takeout Boost 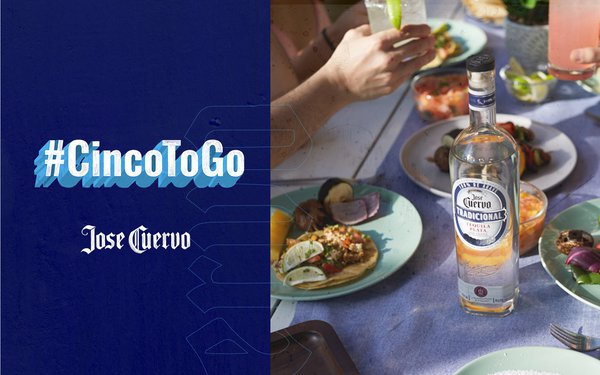 Cinco de Mayo is just days away, and while it’s sure to be a muted celebration this year, Jose Cuervo  tequila will mark the Mexican victory over Napoleon III in 1862 by paying for some customers’ meals at small Mexican restaurants.

Ironically, because of liquor laws, the freebies don’t include the portion of the tab that accounts for liquor, whether it’s Cuervo or any other brand.

The promotion began on Tuesday and continues through next Wednesday, which is literally Cinco de Mayo: the fifth of May.

The Cuervo promotion seems specially aimed at restaurants that might be most in need, since it’s only for meals purchased at Mexican restaurants with 10 or fewer outlets.

Patrons send a photo of their receipt with the hashtags #CincoToGo and #CuervoContest to @JoseCuervo. Winners are picked daily at random and paid via Venmo. Cuervo may give away as much as $200,000.

Giveaways like this are nothing new, of course. But when state lockdowns (or public sentiment) led to sit-down restaurants resorting to takeout during the pandemic,  the liquor industry got a little bonus in some places.

Takeout mixed drinks are prohibited in many states (there’s a crazy quilt of state laws on this issue). The liquor industry has fought for decades for some wiggle room in these laws.

But now states want to help restaurants stay in business, and restaurants get something like 25% of their revenue from drinks. So to-go laws have been lifted, at least for now, in states all over the nation.

In Pennsylvania, where state-owned liquor stores are closed, the state’s house of representatives on Tuesday passed legislation (by a vote of 193-9) to allow bars and restaurants to sell booze--and a lot of it. The law “limits” the maximum size of a single drink to 64 ounces. The bill now goes on to the state’s senate.

Meanwhile, off-premise liquor sales are up dramatically. Nielsen said liquor sold through supermarkets jumped 22% the last month of March, though some of that rise may have been consumers stocking up for the long haul.

Cuervo is also donating over $1 million to organizations, including World Central Kitchen and its #ChefsForAmerica movement.