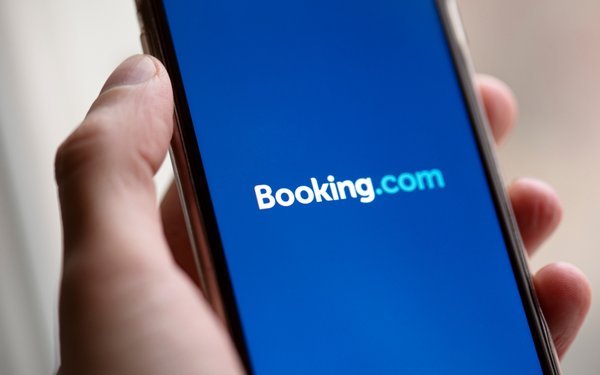 Hotel reservation company Booking.com Monday urged the Supreme Court to grant the company trademark protection for its name, even though generic terms are typically not eligible for trademarks.

At a first-of-a-kind hearing conducted via telephone and broadcast in real-time on C-SPAN, Booking.com lawyer Lisa Blatt contended that consumers recognize the phrase “Booking.com” as referring to a specific company. Therefore, Blatt argued, the business is entitled to a trademark, despite the generic nature of “booking.”

While the outcome of the case is hard to predict, several judges expressed concerns that allowing a company to trademark a generic term followed by “dot-com” would enable that company to monopolize language.

“You are seeking a degree of monopoly power that nobody could have had prior to the Internet age,” Justice Samuel Alito told Blatt. “I take it a company could not have registered 'booking company,' but because of the Internet, you have Booking.com, which gives you an advantage over other companies that are in that business. And now you want to get even more advantage by getting trademark protection for that.”

Justice Sonia Sotomayor said she was also “troubled” by “the monopoly situation.”

She additionally raised practical concerns over how the U.S. Patent and Trade Office would determine whether consumers associated a generic name with a particular company.

“Are they required now to run their own consumer perception surveys before they determine that a particular name is generic?” she asked Blatt.

Sotomayor also wondered whether tying trademark protection for names like Booking.com to consumers' perceptions would “lead inevitably to the registration of every single common name of every business and then a expensive legal fight on whether it's become generic or not.”

Blatt responded that the Patent and Trademark Office was “up to the task,” adding that the agency had granted trademarks to other other common words followed by dot.com, such as “weather.com.”

“When they let in weather.com, they looked at different evidence and said, wow, weather.com has a big consumer fan base and has the primary significance of being a brand,” Blatt said.

“That's good for consumers,” she added. “You want consumers to know when they go to weather.com they're getting weather.com and not accuweather.com.”

The battle over the site's name dates to 2016, when the U.S. Patent and Trademark Office rejected Booking.com's request for trademark. Booking.com then challenged that decision in court.

U.S. District Court Judge Leonie Brinkema in Alexandria, Virginia sided with the company in 2017, ruling that even though the word "booking" is generic, adding the top-level domain ".com" entitled the company to trademark protection.

The Patent and Trademark Office appealed to the 4th Circuit Court of Appeals, which also sided with Booking.com -- but for slightly different reasons. The appellate judges said the agency failed to prove that consumers believe “booking.com” refers in general to online hotel reservation services.

The agency then appealed to the Supreme Court, where it argued that conferring trademark protection on Booking.com could enable the company to prevent competitors from using the word “Booking” in a domain name.

Booking.com countered that a survey showed nearly 75% of consumers recognize Booking.com as a brand, and not a generic service. The company also said that trademark protection would allow it to more easily police typosquatting and fraud.

Among other arguments, Booking.com argued in its written papers that trademark protection would allow the company “to prevent competitors from opening storefront Booking.com travel agencies, or from diluting its brand by selling Booking.com-themed travel products in airport shops.”

On Monday, Justices Stephen Breyer and Ruth Bader Ginsburg both suggested that Booking.com did not need a trademark to deal with those concerns, because it could sue typosquatters or fraudsters for unfair competition.

The court is expected to announce a decision within a few months.