How COVID-19 Is Influencing American Opinions Of Candidates 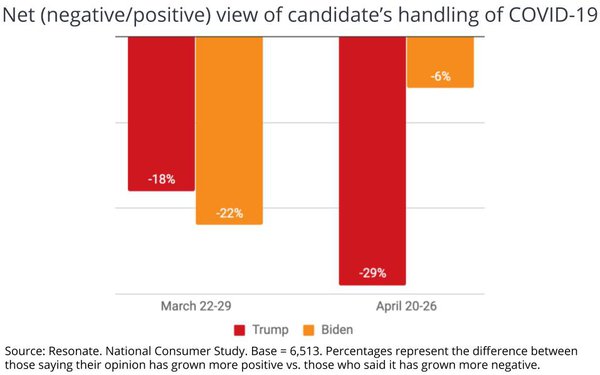 Both 2020 Presidential candidates are "under water" when it comes to their handling of the COVID-19 crisis, but there has been a pronounced improvement for Democratic challenger Joe Biden vs. the incumbent.

That's the finding of a Marketing Politics Weekly analysis of data published by Resonate. The data, which comes from two studies asking Americans a series of questions about the impact of COVID-19, including whether their opinions have gotten better or worse about each candidate since the pandemic began.

Both candidates are generating more negative than positive sentiment, but Biden's has improved dramatically to -6% in April, whereas the incumbent has slid to -29%.

While those scores don't necessarily reflect American's intent to vote, another question asked in the survey shows that the biggest month-to-month change in the voting of Americans has impacted their presidential choice. Only 13% of Americans said COVID-19 was influencing who they would vote for President vs. 19% in April. 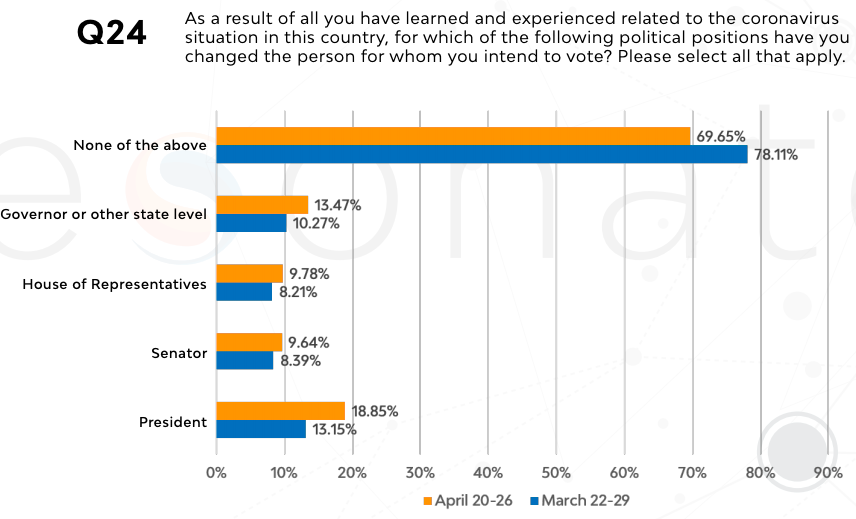 cmmr, covid-19, politics, research
1 comment about "How COVID-19 Is Influencing American Opinions Of Candidates".
Check to receive email when comments are posted.
Next story loading