Katzenberg: Virus Is Entirely To Blame For Quibi's Disappointing Launch 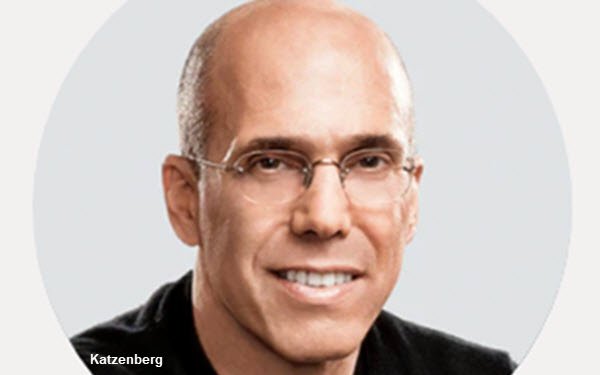 Even with its open-to-all 90-day free trial, the performance of the new short-form video streamer Quibi has fallen short of expectations — but it’s entirely the fault of the timing of the COVID-19 pandemic, asserts its founder and chairman of the board, Jeffrey Katzenberg.

“I attribute everything that has gone wrong to coronavirus… everything,” Katzenberg told The New York Times, alluding to the stay-at-home scenario’s having interfered with the “on the go” news and entertainment concept of the app, which was originally mobile-only.

Quibi claims the app has had 3.5 million downloads since its April 6 launch (including 1.3 million “active” users), but app tracker Sensor Tower reports only 2.9 million.

Nevertheless, he said, the company is “making enough gold out of hay here that I don’t regret [the launch's timing].”

Responding to user demands, Quibi has now made it possible for subscribers with iPhones to view the content on TV screens, and is working on providing Android users with the same capability.

"One could argue that the pandemic actually helped Quibi, insofar as it increased consumer demand for free video content," comments Dylan Byers of the NBC News Byers Market blog, noting that Quibi's launch content failed to produce a real hit. "Katzenberg's suggestion that people aren't watching simply because they're not commuting is specious at best."

Quibi has also been faced with a patent lawsuit that is now being financed by activist investor Elliott Management; a widely reported email data leakage problem that the company says has now been fixed; and the exit of several senior executives, including its head of brand and content marketing.