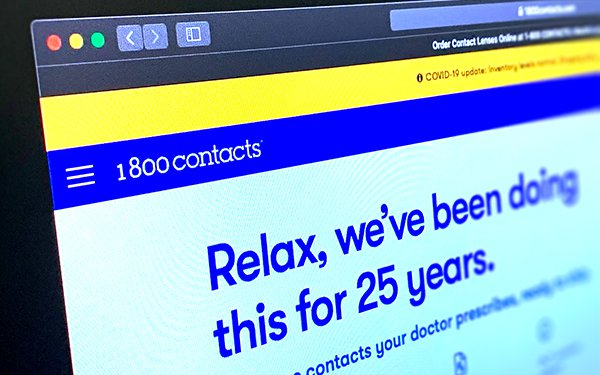 Financial details have not yet been disclosed.

The settlement, if approved, will resolve a 2016 lawsuit alleging that the 1-800 Contacts entered into agreements with competitors -- including Walgreens, Luxxotica and National Vision -- that aimed to prevent their search ads from appearing when consumers typed the phrase “1-800 Contacts” into a search engine.

Consumers filed suit shortly after the Federal Trade Commission brought an administrative complaint accusing 1-800 Contacts of violating antitrust laws by entering into the agreements with competitors.

Walgreens and the others agreed to the restrictions after 1-800 Contacts either sued or threatened to sue for alleged trademark infringement, based on the theory that the other companies had no right to use its brand name to trigger search ads.

1-800 Contacts allegedly targeted at least 15 competitors between 2004 and 2013. Of those, only Lens.com fought the lawsuit. Lens.com largely prevailed in that case.

The FTC matter and the suit by consumers are factually intertwined, but proceeded separately.

U.S. District Court Judge Tena Campbell in the Central District of Utah, who presides over the class-action by consumers, issued a critical ruling against 1-800 Contacts in 2018. She rejected the company's argument that the consumers' complaint didn't set out enough facts to show how the search agreements resulted in price increases.

Campbell wrote that the allegations in the complaint "link the agreements to higher prices," and said consumers do not need to provide a detailed economic analysis in order to proceed with their case.

The retailers other than 1-800 Contacts previously agreed to settle for a total of $24.9 million.

The FTC ruled 4-1 in 2018 that the pacts to restrict search ads were illegal.

Chairman Joe Simons said in a written opinion that the agreements may have deprived consumers of the ability to compare brands.

“When information is withheld from consumers, it frustrates their ability to compare the prices and offerings of competitors,” Simons wrote in a 59-page ruling. “This is as true today, when consumers search for goods online, as it was when people shopped open-air markets for vegetables every evening.”

1-800 Contacts is appealing that ruling to the 2nd Circuit Court of Appeals, which hasn't yet issued a decision.