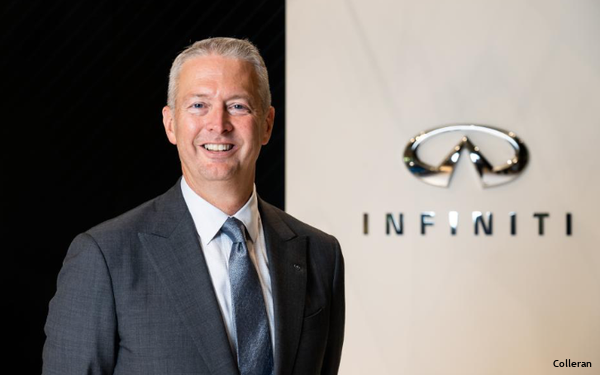 Nissan is making some changes to its North American management team.

Allyson Witherspoon, who became vice president of marketing at Nissan in April 2019, remains in that role. Her responsibilities are unaffected by the personnel shifts, according to a Nissan spokesperson.

Papin, who currently serves as senior vice president, administration and finance, has taken a central role in the Nissan Transformation Plan ensuring the company is on track to meet its financial goals. He joined Nissan North America in 2018 from his role as global finance director, Renault-Nissan-Mitsubishi Alliance, and vice president, corporate strategy & business development, Groupe Renault.

Colleran will dually report to Papin and Vandenhende as a corporate officer.

The changes are part of the automaker’s North America Transformation Plan. Nissan is working with dealers to improve quality of sales and profitability while revamping its product portfolio to be among the freshest in the industry, according to the automaker.