Can JC Penney Ever Be Saved? 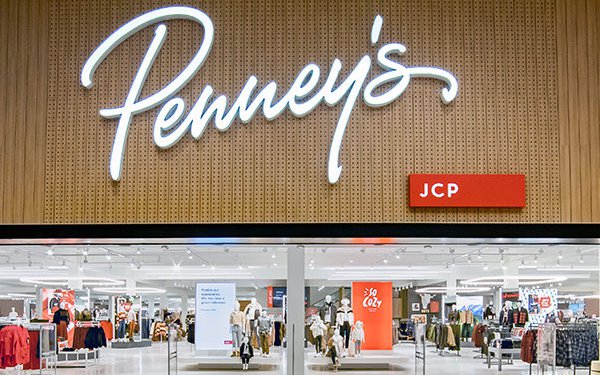 It’s certainly tempting to blame the pandemic for JC Penney’s bankruptcy filing -- and that’s what its execs are hoping people will do. But while COVID-19 may have been the final straw, the 118-year-old retailer has been circling the drain for some time. And industry experts hope other brands may still be able to wrestle a few lessons in how not to re-engage with Middle America.

Going Chapter 11 buys the Plano, Texas-based chain a little breathing room. It’s allowed to pay millions in executive bonuses, even while stiffing vendors and laying off thousands of employees.

Still, the move doesn’t get any closer to answering the core question: Can anything make 21st century omni-shoppers long for a plain-vanilla department store?

“Even before the pandemic, JC Penney’s road to reinvention was the equivalent of climbing a steep mountain with nothing other than the burden of an enormous pile of debt,” writes Neil Saunders, managing director of GlobalData Retail, in his reaction to Penney’s bankruptcy protection move. “The coronavirus crisis effectively broke the retailer’s limbs, making further progress all but impossible.”

In its announcement, the retailer says the pandemic “has created unprecedented challenges.” It continues, “The American retail industry has experienced a profoundly different new reality, requiring JCPenney to make difficult decisions… Until this pandemic struck, we had made significant progress in rebuilding our company.”

While the company’s sales have been in steady decline since 2015, it says those rebuilding efforts had begun to pay off, until COVID-19 forced store closures, clobbering retail sales.

Earlier this week, the U.S. government posted its worst monthly sales report since 1938.

Penney says it will close stores in phases, which it will announce in the coming weeks.

But ecommerce plays a much bigger role in this bankruptcy than the virus. While all brick-and-mortar retailers have scrambled to capture more online sales, JC Penney -- despite being an early player -- has been behind the curve, writes Bob Hoyler, senior research analyst at Euromonitor International. The company’s sales have been in steady decline since 2015.

“JC Penney actually embraced e-commerce earlier than most other US department store chains, but the company did not capitalize on this head start,” he says. “Department stores are also competing with off-price retailers and mass merchandisers, which offer competitive prices on quality apparel, and beauty specialists, which have retained loyal cosmetics customers through their experience-based outlets.”

Saunders doubts Penney, which has been through multiple reinvention plans overseen by a revolving door of executive leadership, can survive. “The process of reinventing the firm will not be easy,” he says. “While management claims that significant progress had been made before the pandemic, we do not share this view.
JC Penney needs a complete overhaul in terms of its assortments, store designs, ways of marketing and connecting with shoppers and its brand image.”