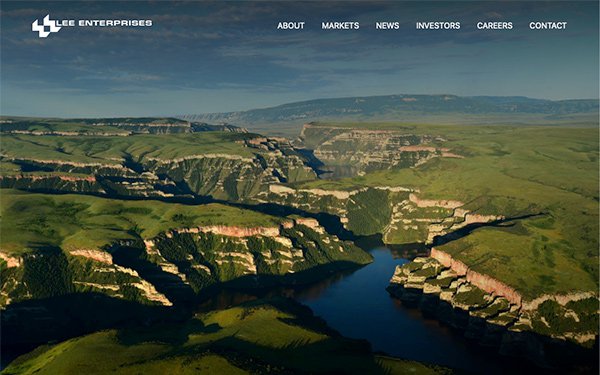 Newspaper publisher Lee Enterprises, Inc. received notice from the New York Stock Exchange last week that it is not in compliance with certain listing standards — that puts the company at risk of being delisted, according to an announcement from the company issued today.

Lee Enterprises is below compliance with two of the NYSE's continued listing standards: Issuers must maintain an average closing share price over a 30 trading-day period of at least $1.00. Second, issuers must maintain average global market capitalization over a consecutive 30 trading-day period of at least $50 million and, at the same time, its shareholders’ equity must exceed $50 million.

The company says it intends to notify the NYSE of “its intent to cure the deficiencies and return to compliance with the NYSE continued listing requirements within the cure period,” according to a statement.

Lee’s shares of common stock will continue to trade on the NYSE.

Kevin Mowbray, Lee Enterprises president and CEO, stated the company has taken “taken swift business and operational actions in the face of the unprecedented COVID-19 pandemic.”

“Like other local media companies, we expect our advertising revenue to be significantly impacted by the ongoing pandemic, and we have taken aggressive actions to manage the near-term economic impact to our company,” he added, due to the economic downturn amid government-mandated shutdowns.

However, the company says about 43% of its revenue is subscription-based.

Roughly 47% of Lee’s advertising revenue is from local retailers. The company “has limited exposure to hardest hit advertising areas, with only approximately 12% of ad revenue from national retail and 4% from programmatic."

Le Enterprises entered into a $576 million long-term financing agreement with Berkshire Hathaway in March to purchase its newspaper operations, adding 30 daily newspapers, 49 paid weekly publications and their websites, and 32 other print products to its portfolio.

To weather the storm brought on by COVID-19, Lee says it will further reduce executive pay by 20% in the third quarter 2020. (It cut their pay in Q1.)

All other employees will be subject to either a pay reduction or furlough equivalent to two weeks of salary in Q3 2020.

The Company’s board of directors also took a 25% cut.

Lee expects to file its quarterly earnings report for the period ended March 29, 2020 by June 22.

All of Lee publications’ COVID-19 coverage was put in front of paywalls, which increased page views by more than 40% in most markets. The company “has seen an uptick in digital-only subscriptions as a result," it noted in the announcement.