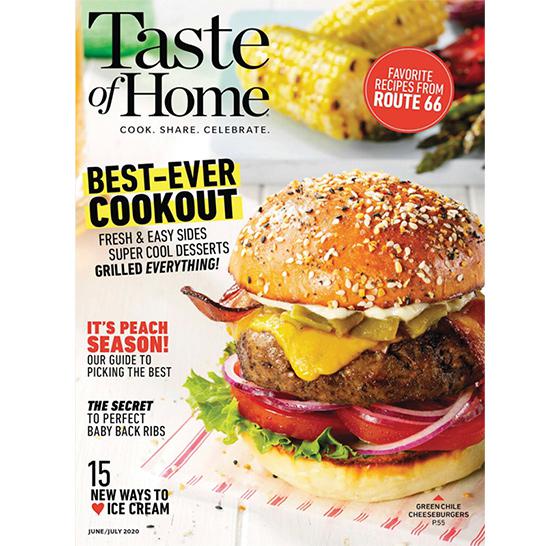 Many publishers are seeing a spike in both digital traffic and print subscriptions during the COVID-19 pandemic, including Trusted Media Brands’ Taste of Home and Family Handyman.

Each brand saw traffic spike between March and April, too, with Taste of Home reporting a 22% increase and Family Handyman reporting a 38% increase.

The increase in traffic is due, in part, to the brands’ quick pivot early on in the pandemic.

“When news of the virus spreading in the U.S. started accelerating in early March, we anticipated that more people would be staying close to home,” Beth Tomkiw, Trusted Media Brands Chief Content Officer, told Publishers Daily. “So we came together as a group to identify the content categories and topics Taste of Home could organize around in a way that is true to the brand and our audience during the coronavirus.”

That meant tapping into already popular topics, like comfort foods and baking and freezing and preserving food. They also looked at ingredient substitutions with pantry staples and cleaning and disinfecting tips.

“The goal was to meet daily to look at real-time content performance data, share ideas and use our learnings to boost visits and engagement across all channels,” said Tomkiw.

The team currently meets once a week to “checking our brand stance on new issues that arise and creating relevant new content, while moving away from topics that are slowing down.”

Some of the most popular collaborations across the Taste of Home teams include one focused on bread baking, which has seen the brand’s Basic Homemade Bread recipe clock in 4.4 million visits since March 1. The newsletter team created bread-specific sends, while the social team create a Homemade Bread Challenge.

After reviewing data that revealed banana bread was among the most popular recipes in the U.S., the Taste of Home team created a My Bakeable Challenge themed around it. The challenge had the highest engagement for any Bakeable challenge ever.

Taste of Home has also seen success with gardening articles, which experienced a spike in late April that continues.

For its part, Family Handyman has relied on its service journalism and calm voice during the pandemic.

Noted Tomkiw: “We have forward-thinking brainstorms and discussions about where we need to go next. Being a journalist is fantastic these days because you have data to help inform decisions and data to demonstrate what works and what doesn’t.”