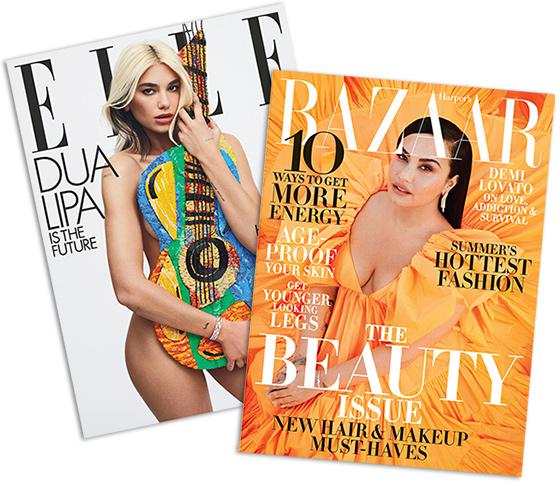 Hearst’s Harper’s Bazaar, Elle and Marie Claire are offering fashion and beauty brands free PSA ads in their summer issues, via a new program called “Together With the Fashion Group.”

The initiative was inspired by Harper’s Bazaar Spain’s similar campaign called “Estamos Contigo,” or “We Are with You,” WWD reports.

The campaign attracted 80 brands, including Armani, Coach, Gucci and Unilever, which will appear in the print editions of the Hearst titles.

The ads touch on many of the themes that have emerged during the COVID-19 pandemic. The Chanel Foundation chose to focus on “empowered women changing the world.” Unilever’s ad revealed that it has donated more than $20 million in products and services and pictured a front-line worker with the phrase “courage is beautiful.”

Carol Smith, publisher of the magazines involved, stated: “The response was overwhelmingly positive. Everyone wanted to send that message. [The ads are] all different, but it’s all about hope and life. A lot of them ended with 'We are with you.' ”

As WWD notes, the initiative comes as publishers continue to struggle to maintain advertising revenue during the pandemic.

Some digital publishers have also seized this as a moment to use their ad inventory to support important organizations, businesses and causes.