People Expect Stores To Do More To Protect Them 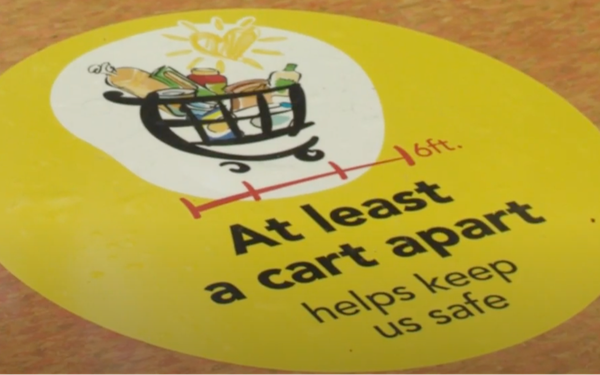 With states and cities following different paths to reopening, consumers’ expectations are shifting quickly. The latest pulse research from GfK finds 53% of Americans now expect stores to enforce safety precautions, such as masks and social distancing — a decline from 59%. And 43% believe store employees should be wearing masks, a dip from 49% two weeks ago. But 70% say stores should be following strict hygiene protocols.

“We see this pent-up desire to get back out there, and there’s tension,” says Stacy Bereck, managing director and head of consumer insights. “It’s clear that people are saying, 'I want to go back, but make sure I’m safe.’”

Women have much higher expectations about what stores should do, she tells Marketing Daily.

Masks are really “a powder-keg issue,” Bereck says. Overall, 14% of the 1,000-plus consumer sample say they simply refuse to wear a mask in any situations. “But in the South, it rises to 17%. Among college grads, there’s much higher compliance, with only 7% refusal. And in rural areas, it rises to 21%. And compliance is highest in cities and areas with the most population density.”

She says younger people, 16 to 35, are also more likely to be mask-refusers.

Also impressive is the speed at which older consumers -- those over 50 -- are switching to online shopping. “The percentage increase is much more dramatic, whether it’s using Instacart, online delivery or food delivery,” Bereck says.”So even though it’s still relatively small numbers, we see increases of 60%.”

Overall, consumer expectations about online shopping -- although still high -- are also declining. While 59% expect some sort of special delivery option, 42% believe that should be free, down from 46% two weeks ago.

And at least for now, some things aren’t changing, with the vast majority committed to new habits. About 86% will continue to wash their hands diligently, and 73% say they plan to follow social distancing guidelines and wear face masks when ill.