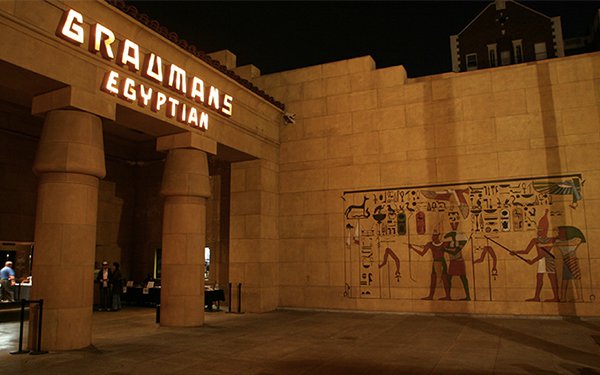 Netflix not only invests billions in content, it is also investing in film history.

The streamer has purchased the legendary Grauman’s Egyptian Theatre, an ornate movie palace built in 1922 during the silent-film era. It is famed for screening “Robin Hood,” starring Douglas Fairbanks, as well as premiering Cecil B. DeMille’s 1923 silent classic “The Ten Commandments.”

No sums were disclosed, but the Los Angeles Times reports the deal “is said to be worth tens of millions of dollars.” Netflix bought the theater from the nonprofit American Cinematheque, but it’s unclear when it can begin renovations.

According to Netflix, it will partner with the nonprofit, which will expand its film festivals and events. The American Cinematheque will continue to autonomously program Friday, Saturday and Sunday. Netflix will use the revamped space for special events, screenings and premieres during the week.

Scott Stuber, head of Netflix Films, stated: “The Egyptian Theatre is an incredible part of Hollywood history and has been treasured by the Los Angeles film community for nearly a century.”

Still, the Egyptian Theatre has struggled since its glory years. It closed in 1992, and the LA Community Redevelopment Agency bought it in order to help boost the area. The American Cinemateque later took it over, renovated and reopened in 1998 with a 616-seat auditorium and a 78-seat screening room named for director Steven Spielberg, per the LAT.

“Love for film is inseparable from L.A.’s history and identity,” Los Angeles Mayor Eric Garcetti added. “We are working toward the day when audiences can return to theaters — and this extraordinary partnership will preserve an important piece of our cultural heritage that can be shared for years to come.”