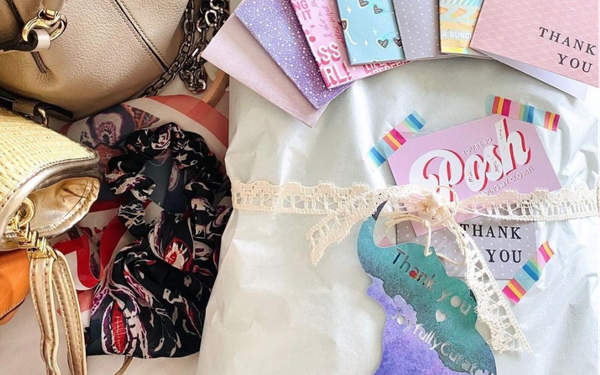 Sure, you've thought about cleaning out your closets. But while you’ve been slacking through your safer-at-home springtime, ambitious people have been making serious money, selling their used clothes on Poshmark. And some think these savvy doers may even be on the leading edge of a new gig economy.

Poshmark is making it easier to do. The used-clothing platform recently launched Posh Stories, a feature that lets people share short-form, shoppable videos, adding photos directly into the app. That’s  one more way Poshmark’s 8 million sellers and 60 million users can get one another excited about gently used fashion.

Users can add more personality to their offerings through the 15-second stories, which disappear after 48 hours.

That’s especially meaningful in the era of COVID-19, with so many people looking to earn extra money. Last year, Poshmark sellers earned more than $2 billion. From mid-March to mid-April, sales were up 50%, according to The Wall Street Journal.

“Community building and human connection are more important than ever, and with Posh Stories, we’ve created a new way for our community to come together and continue to thrive,” says Manish Chandra, Poshmark founder and CEO, in its announcement. “There are countless stories of people whose livelihoods have been supported by selling on Poshmark, and we believe that bringing their listings to life with video will create even more opportunities for our community to earn extra income and deepen connections.”

The boom in secondhand clothing is a welcome bright spot in apparel, with many leading brands staggering from steep declines as much of the world has stayed home wearing sweatpants. H&M, for example, recently reported a 46% drop in sales in March, and Nordstrom just revealed that in the first quarter, net sales tanked 36% in full price and 45% in off-price.

And while other resale platforms, like thredUp and the RealReal, are also prospering from the clean-your-closet trend, Poshmark continues to be the best known, according to a recent report from Raymond James on the fashion resale market. The study noted a 105% increase in Poshmark web traffic in 2019.

Pre-pandemic, consumers -- especially younger ones -- flocked to these resale sites, both for good deals and to be kinder to the planet.

But today, with 40 million pushed into unemployment by pandemic-related layoffs, resale has taken on new urgency, as people look for ways to make money in new ways.

“In 2008, we saw the emergence of service marketplaces such as TaskRabbit, Uber, Lyft, Airbnb and others,” writes Leah Solivan, founder of TaskRabbit, in a recent article in Fast Company. “The financial crisis turned our worlds upside down, massively shifted consumer and professional behaviors, and primed the population to seek new and innovative ways to do things. It was those conditions that made the first wave of the independent economy possible, and we’re seeing similar conditions today.”