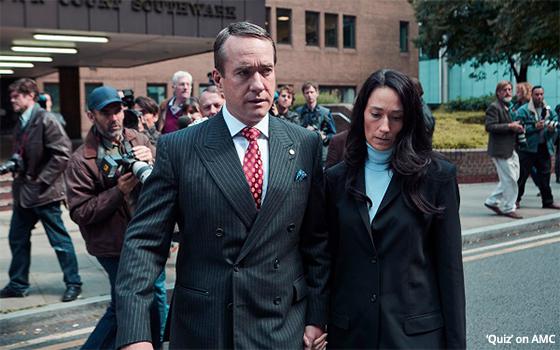 The news that a famous quiz-show scandal figure from a bygone era has died is reported in the same week as the premiere of a new TV show about another quiz-show conspiracy.

From such coincidences are TV blogs made. The man who passed away was Herb Stempel, who died April 7 at age 93. His death was not publicly reported until this week.

Most people who are aware of the infamous quiz-show cheating scandal of the 1950s know the character of Stempel as he was played by John Turturro in the 1994 movie “Quiz Show,” directed by Robert Redford.

Stempel was the whistle-blowing contestant on the quiz show called “Twenty-One” who revealed to the world how contestants on the show were coached by the show’s producers.

Stempel’s revelations following his appearance on the show in 1956 shocked America. Among other things, he revealed that he and other contestants were provided with the show’s questions and answers in advance.

Contestants were counseled on which questions they were to get right or wrong. In this way, the producers would be able to choreograph and control the drama on the show.

Stempel died almost exactly a year after the death of the other most famous figure in the “Twenty-One” scandal, Charles Van Doren, who passed away on April 9, 2019.

Although neither of them had anything to do with a scandal that erupted on the British-TV version of “Who Wants to Be a Millionaire?” in 2001, a three-part miniseries about that scandal started this past Sunday on AMC.

This scandal is lesser-known, at least here in the U.S., than the American quiz-show uproar of the 1950s that is one of the best-known stories in all of American TV history.

In the “Millionaire” scandal, as the show gained in popularity on U.K. TV, a network took shape comprising contestants and wannabes who conspired to get on the show and then win.

In the TV show, titled “Quiz,” producers are portrayed as being unaware of this network of ordinary people with dreams of becoming rich. Generally speaking, the conspirators had come up with various ways to cheat.

In the miniseries, Michael Sheen plays the show’s host (or “presenter” in English parlance), Chris Tarrant.

And Matthew Macfayden (pictured above left) plays Charles Ingram, a former major in the British army who went all the way to win £1 million on the show, but was later discovered to have cheated his way to victory.

The TV Blog always harbors a preference for TV shows about TV, even English ones -- especially if they are as good as this one.

As this show makes clear, “Who Wants to Be a Multimillionaire?” was an English creation that became a phenomenon on Britain’s ITV.

A scene in “Quiz” in which ABC execs from America come to visit producer/creator Paul Smith in London to discuss licensing the show’s format for American TV (which ABC eventually did) is particularly precious in Episode One.

Upon first encountering Smith in a waiting area outside his office, the ABC executive suddenly gets down on his knees and bows his head all the way to the ground in front of the producer’s feet.

It is a great moment that is so outlandish that it has to be true.