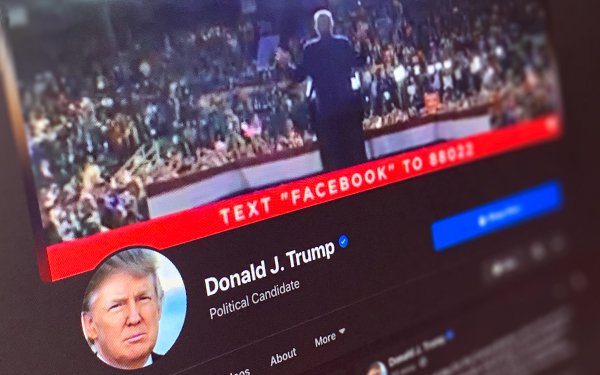 Hundreds of Facebook employees staged a “virtual walkout” on Monday to protest the company’s refusal to impose its standard content policies on President Trump.

“Giving [people] a platform to incite violence and spread disinformation is unacceptable, regardless of who you are or if it’s newsworthy,” Andrew Crow, head of design at Facebook’s Portal division tweeted on Monday. “I disagree with [Facebook cofounder-CEO Mark Zuckerberg’s] position and will work to make change happen.”

Sara Zhang, a product designer at Facebook, tweeted: “As allies, we must stand in the way of danger, not behind. I will be participating in today’s virtual walkout in solidarity with the black community inside and outside FB. #BlackLivesMatter”

Katie Zhu, a product manager at Instagram, tweeted: “I'm deeply disappointed & ashamed in how the company is showing up the world.” Taking her message a step further, Zhu then called on other Facebook employees to “organize” in opposition of the company’s official policy.

As of Tuesday, it was not clear how many Facebook employees participated in the virtual walkout, but sources told CNBC that it was around 600.

Facebook employees have taken issue with the company’s lopsided content policies in the past, but this is the first official protest they have staged. As their statements make clear, they are furious that Facebook is letting President Trump use his account to incite violence.

“I’m responsible for reacting not just in my personal capacity, but as the leader of an institution committed to free expression,” he wrote in a blog post on Friday. “I believe people should be able to see this for themselves, because ultimately, accountability for those in positions of power can only happen when their speech is scrutinized out in the open.”

On Sunday, Zuckerberg followed up by saying that Facebook stands with the black community: “It’s clear Facebook also has more work to do to keep people safe and ensure our systems don't amplify bias.”

Privately, Zuckerberg described his reaction to Trump’s posts as one of “disgust,” according to audio of a company meeting obtained by The Verge.

According to the audio, Zuckerberg also committed to reconsidering the company’s content policies.

Standing in opposition to Facebook, Twitter has started attaching warning labels to several of Trump's tweets, including those that promote violence and appear intended to mislead his more than 80 million followers.