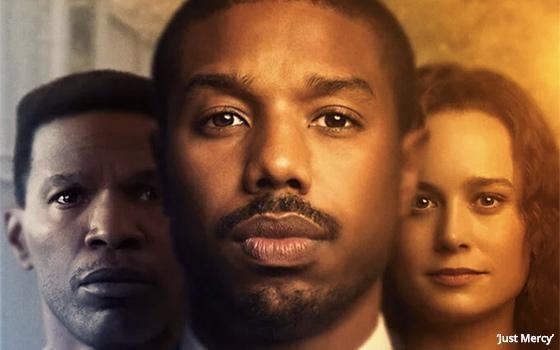 This month, to educate the public on the evils of racism, Warner Bros. Pictures will stream “Just Mercy” as a free rental on digital platforms in the U.S.

The movie, directed by Destin Daniel Cretton, is based on the memoir of civil-rights attorney Bryan Stevenson.

It stars Jamie Foxx as Walter McMillian, an Alabama death-row prisoner convicted of the 1986 murder of Ronda Morrison, a white woman, and Michael B. Jordan as his defense attorney.

“Just Mercy” details Stevenson’s attempts to free McMillian, who was trapped in a corrupt judicial system.

Warner Bros. stated: “To actively be part of the change our country is so desperately seeking, we encourage you to learn more about our past and the countless injustices that have led us to where we are today.

“Thank you to the artists, storytellers and advocates who helped make this film happen. Watch with your family, friends and allies. For further information on Bryan Stevenson and his work at the Equal Justice Initiative, please visit EJI.org.”