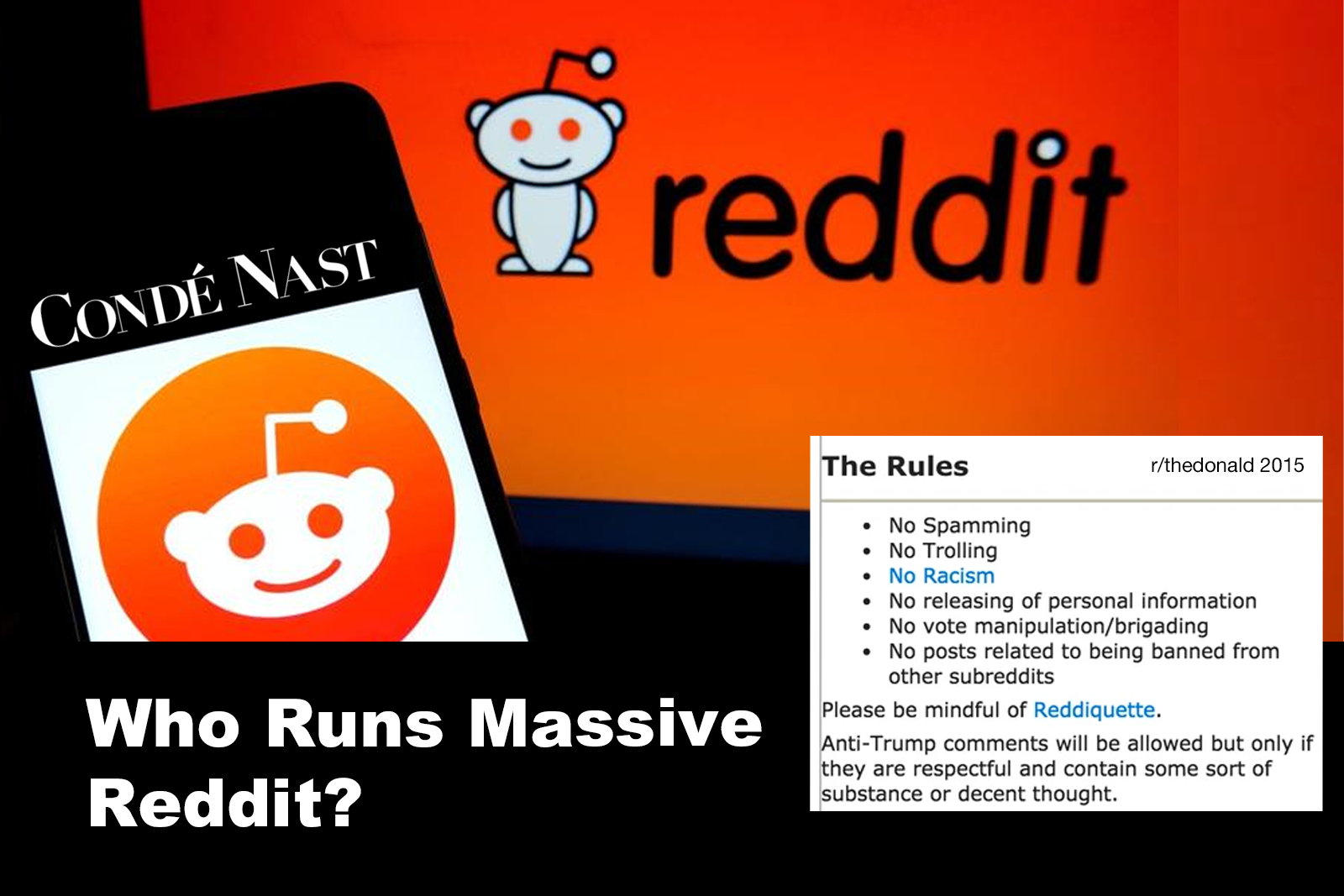 Editor's Note: This post has been corrected for factual accuracy since its original publication June 8.

If you’ve ever been in a strange town and wandered into a bar or night club, chances are you’ve sometimes found yourself somewhere you don’t belong. Feeling out of your element, you turned on your heels and walked out.

And just so you understand its size and impact, here are some facts:

Reddit prides itself on being an open community for average folks and hobbyists. But it’s really nothing like that. It’s a mostly unregulated Wild West stuck trying to balance an open-platform philosophy with the web’s increasingly dark wave of hate speech, racist and sexist memes, and pornography.

In the past few days, the simmering issues of how to manage the most difficult subreddit channels have boiled up into the public.

There are three characters you need to pay attention to in this drama.

First, there’s Alexis Ohanian, the co-founder who stepped back from Reddit in 2018 and was, until yesterday, a high-profile board member.

Then, there’s the current CEO and co-founder Steve Huffman.

This week, Huffman, responding to the current racial protests,  posted a blog that said in part that Reddit employees "do not tolerate hate, racism, and violence, and while we have work to do to fight these on our platform, our values are clear.”

That was pretty disturbing to folks who know better, among them Pau, who wrote: "I am obligated to call you out: You should have shut down the_donald instead of amplifying it and its hate, racism, and violence. So much of what is happening now lies at your feet. You don't get to say BLM when Reddit nurtures and monetizes white supremacy and hate all day long.”

I’ve written about Reddit’s permissive management style in the past, and wrote this post for Forbes after Ohanian spoke at SXSW and offered to do an “ask me anything” while aggressively editing out questions he didn’t want to answer. Instead, Ohanian said on the SXSW stage three years ago: “Reddit is the global water cooler where people’s minds are changed about things.”

Today the tide of hate speech has only grown. “Reddit has harbored racists as policy for year,” with comments increased by "the kneeling that encompassed Black Lives Matter’s message," the moderators of r/NFL posted on the platform.

In response to growing public comments about hate on the platform, Reddit co-founder Ohanian, who is married to tennis superstar Serena Williams, announced his resignation from the company's board and asked to be replaced by a black candidate.

"I’m writing this as a father who needs to be able to answer his black daughter when she asks: ‘What did you do?'" wrote Ohanian, adding that “I will use future gains on my Reddit stock to serve the black community, chiefly to curb racial hate, and I’m starting with a pledge of $1M to Colin Kaepernick’s Know Your Rights Camp."

But he’ll still remain one of the largest owners of Reddit, with all of the power and influence that entails, whether or not he sits on the board.

It will come down to Reddit’s owners and shareholders.

So the question is, who owns Reddit -- and what will they do about hate on the platform? In 2017, the company was valued at $1.8 billion and its largest shareholder was Advance Publications, Condé Nast's parent company, It remains so today. Advance is a privately held company, owned in large majority by the Newhouse family.

Among the current Reddit sites that pass its standards check is TheMasterRace.

The power in reining in Reddit is held by the board of directors. While there’s no list of board members on either the Reddit site or the company’s corporate home page, one Reddit insider, speaking to me on the condition of anonymity, did share the current board makeup.

There are two observer seats, whose holders don’t attend executive sessions -- one held by the largest investor, Tencent, and another observer whose identity couldn’t be determined, but is most likely either Sequoia Capital or Andreessen Horowitz. COO Jen Wong also attends board meetings, but without a vote.

So, much as with Twitter’s board, hate speech is allowed to flourish, even as traffic and revenue provides the board with a shield against criticism as shareholder value grows.

Unlike Twitter, Reddit -- despite its massive scale and reach -- is mostly ignored by the media because it’s very hard for non-redditors to read the site, or find the objectionable content. It’s there, just out of the eye of readers who can’t navigate what seems purposefully opaque structure.

There are solutions to be sure, but they're unlikely to be implemented under current management.

Back in 2015, Huffman said he was banning any "material which 'violates a common sense of decency."

Said Huffman: “Hate speech is difficult to define. There’s a reasons why it’s not really done. Additionally, we are not the thought police. It’s not the role of a private company to decide what people can and cannot say.”

But really, can I go on sites for The New Yorker, Vanity Fair, or Wired and post hateful comments on their articles? Conde Nast is a private company, and it has no problem setting standards and determining what speech is appropriate for their websites. Why is Reddit any different?

Question for the board of directors: If you could know today that shutting down r/The_Donald back in 2015 would have stopped the country from ending up where we are -- with hateful rhetoric and daily lies being distributed without retribution from 1600 Pennsylvania Avenue -- would you have instructed management to do so?

Well, it’s not too late to replace raw sewage with human curated content. Reddit, its readers, and it’s shareholders would be better for it. What say you?