For Early Times, Canadian Mist, It's A New Day As Brown-Forman Aims For Pricier Labels 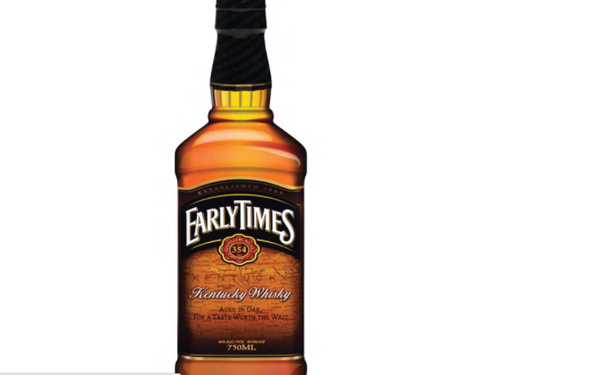 Some old liquor brands are held in reverence — like Glenlivet Scotch, which dates back to 1824. And then there is a Kentucky whiskey with a great old name, Early Times, which, just in time for its 160th birthday this year, was sold.

Brown-Forman is moving its labels to the high-priced top shelves, where Early Times and Canadian Mist can only look up.

They aren’t without value to Sazerac; Canadian Mist is the third-best-selling Canadian whiskey in the world, and Collingwood is well-regarded, though under-exposed.

But Brown Forman is concentrating on premium and super premium brands like Jack Daniel’s and Woodford Reserve, bourbons that fetch top price at bars and in liquor stores. Last year it also acquired pricey Fords Gin.

Premium brand spirits have become more popular in recent years. During the pandemic, sales of all alcohol boomed  as drinkers bought, or maybe over-bought, to fortify themselves while staying in their homes.

“Early Times and Canadian Mist have been valued brands in our portfolio for many years, and they each have played significant roles in our company’s history,” said Lawson Whiting, Brown-Forman president and CEO, in a statement.

But business is business, unsentimental as it may seem. Brown-Forman’s announcement noted that Early Times was the first brand Brown-Forman purchased in 1923 — but didn’t point out that was during Prohibition. Liquor makers were able to sell what they had on hand for medicinal purposes only. When Brown-Forman ran out, it bought Early Times to keep going.

Canadian Mist, acquired in 1971,  was the company’s first production operations outside of the United States.

Sazerac has been at the receiving end of other liquor stalwarts. In 2018, it acquired Seagram’s Canadian whiskies, Meyer’s Rum (and many more) from Diageo. Sazerac is probably best known for its Kentucky bourbon, Buffalo Trace, produced from what it claims is the oldest continually operating distillery in the United States.