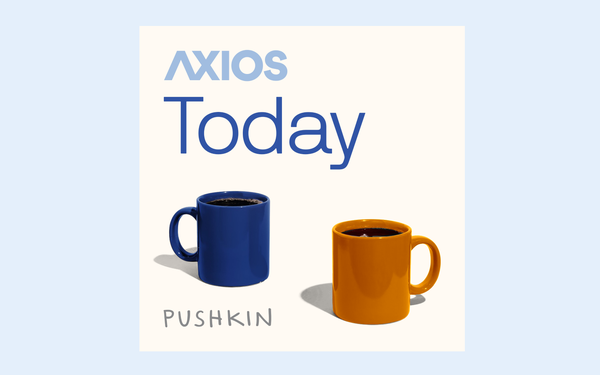 is launching a daily podcast next Monday, called “Axios Today.” The audio show will publish 10-minute episodes every weekday morning.

It will be hosted by Niala Boodhoo, previously the host and executive producer of “The 21st,” Illinois Public Media’s news talk show.

“We’re going to make you smarter faster on the topics that are changing the world, connecting business, tech, media, politics, science and AI” and how they all interplay, Axios cofounder-executive editor Mike Allen tells Boodhoo in a teaser for “Axios Today.”

The show will cover the White House, Congress, analysis on the economy and trends shaping the world.

“Axios Today” will have two launch sponsors, Chevron and Goldman Sachs, according to Hot Pod News. "Axios Today" will “take the intelligence of public radio and the speed of commercial radio,” Boodhoo told Hot Pod.

Axios was originally focused on its email newsletters, but has since expanded to a biweekly HBO show and recently released a native mobile app.

Axios already has a daily podcast, Dan Primack’s “Pro Rata,” which was relaunched this week as an afternoon show called “Re:Cap."

Many news publishers have their own daily podcasts, including The New York Times, Vox Media, The Washington Post, Slate and The Wall Street Journal. At10 minutes long, “Axios Today” is one of the shorter ones.

Podcasts' popularity have taken a dip since COVID-19 lockdowns erased the daily commute to work, a time when many are listening to morning news podcasts.