IRI New Product Pacesetters: 'The Year Of The Beverage' 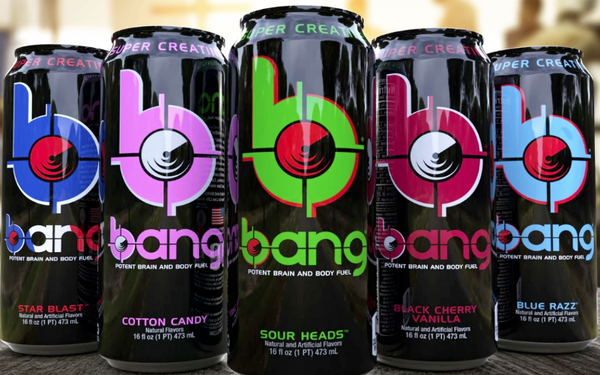 “This is the year of the beverage” is how IRI’s Larry Levin describes the market research company’s 25th annual New Product Pacesetters report for 2019.

To understand how IRI ranks New Product Pacesetters each year, it helps to start with its methodology.

Each product needed to reach a minimum 30% distribution at some point in 2018. Then IRI tracked its dollar sales for a full year—ending in 2019—at which point the product still had to have maintained at least 30% distribution “because we do not want a one-hit wonder,” notes Levin, who is executive vice president of consumer and shopper marketing, sales and thought leadership.

Among other things, this helps to explain how Bang—launched in 2012—can be considered a “new product,” since it only reached the minimum distribution level required in 2018. It also puts into perspective the success of Bubly, which launched in early 2018.

In this interview, Levin reflects on the beverage category and offers his thoughts on the top performers, their traditional media spending (or not) and distribution.

CPG FYI: Beverages typically show up in your annual Pacesetters rankings, but what makes 2019 "the year of the beverage"?

Levin: There are 100 food and beverage Pacesetters, 26 of them beverages this year. The average new product pacesetter in beverages is $53 million.

Last year, we had 14 beverages that were Pacesetters. They averaged $19 million in sales and $279 million in total.

CPG FYI: What do you attribute to Bang’s success as #1 product?

Levin: The flavors were so bizarre, like Birthday Cake Bang and Rainbow Unicorn. You never know what flavor is going to drive me to try a product. I’ve seen that historically, about 30% of trial happens in the second year of a product line.

A company like Bang is approaching it in the right way. There could be the flavor that entices you to come over for the first time in the second or third year of its existence.

CPG FYI: What are your thoughts about Bubly’s quick rise?

Levin: Bubly is playing on the continued growth of flavored water, and Pepsi did a great job of creating a brand that has a lot of panache. I think for a lot of consumers, Bubly looks like a startup brand. People might not make the connection with Pepsi, which has done it before with LIFEWTR.

Levin: It plays an important role for athletes of all types who rely on the combination of zero calories and the replenishments of electrolytes exhausted during a workout. The power of the positioning and strength of the brand helped catapult G Zero.

CPG FYI: And Corona Premier is a high-end beer that decided to play the low-calorie card?

Levin: Corona Premier’s positioning of a lighter beer with a touch of protein and the hallmark of a great brand helped accelerate trial and repeat opportunities for consumers wanting to enjoy its benefits.

CPG FYI: Bang spent about $2,200 on traditional media, when most “sizable launches” spend 25%-30% of sales dollars. How did that work?

Levin: Bang is a standout, using digital media only. But it’s not the first kid on the block to do this. Halo Top [light ice cream], our top Pacesetter two years ago, hardly used traditional media to build the brand. It relied a lot on social media, just like Bang did. Peer influence plays a lot in helping drive products like Bang.

CPG FYI: What role does being able to achieve widespread retail distribution play in beverages?

Levin: It’s not about perfect distribution, but [about] really knowing your market. Sometimes you need new product innovation just to stay at sea level, so that your total revenue is not impacted.

You really want to make sure that it’s the distribution you want, and that you’re in front of the right people at the right time.