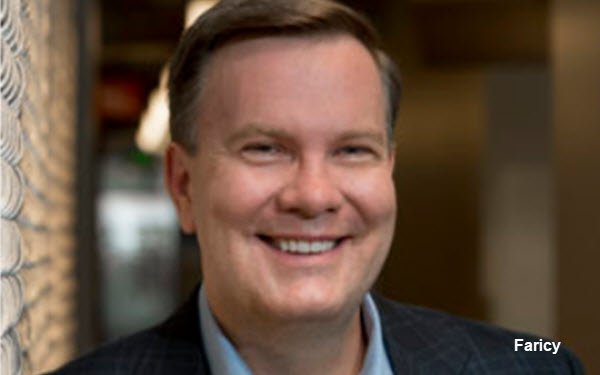 Discovery has lagged other legacy television companies in implementing an aggregated streaming strategy, but the company has said that it is now seeking to develop a streaming service that aggregates content assets from across its brands, without damaging its relationships with its traditional cable TV distributors.

Instead of seeking a successor for Faricy, three executives who have been handling various aspects of the D2C business will now report directly to Discovery CEO David Zaslav.

Avi Saxena will continue to lead all global technology, and assume responsibility for Food Network Kitchen and strategy for the upcoming Magnolia D2C product strategy.

Karen Leever will continue to head Discovery’s TV Everywhere and Discovery Go app business. She will also continue to be the project and product lead for development of an aggregated app strategy in the U.S.

Lisa Holme, who handled content acquisitions for Hulu before recently joining Discovery, will retain responsibility for all content and programming strategies for the aggregated app, as well as partnership strategy.

“Given the global and sports-related connections of Discovery Golf and MotorTrend, we believe it makes the most sense to align these businesses with [Perrette’s] organization,” Zaslav said in an internal memo published by Deadline.

Simon Wear, who heads up GCN/Play Sports Network, will now report to Andrew Georgiou, president, Eurosport and Global Sports Rights & Sports Marketing Solutions, “so they can collaborate even more closely to drive cycling as a critical part of our sports portfolio,” Zaslav said.

In March, as part of its push to develop an aggregated streaming service, Discovery hired Google executive Neil Chugani as CFO and head of strategy and operations for the D2C business.

Chugani was charged with formulating and implementing the financial strategy to support the D2C team’s meeting Discovery’s growth objectives, and working with all of Discovery’s D2C business units in the U.S. and international markets to establish consistent strategic, financial and operational practices.

Chugani is based at Discovery’s London offices and reports to Discovery CFO Gunnar Wiedenfels.

To protect its relationships with U.S. cable distributors, Discovery had been largely focused on deals with vMVPDs and TV everywhere apps that support its pay-TV business’s still-significant revenues.

However, its well-established Eurosport Player streaming service has more than 1 million subscribers, and in the U.S., the company has now launched subscription apps including Food Network Kitchen and golf and cycling offerings.

Magnolia Network, a launch with home and lifestyle brand owners Chip and Joanna Gains now planned for planned for 2021, will also have its own D2C offering.