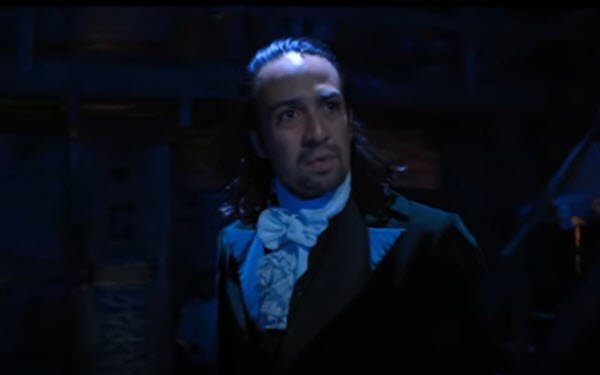 With Disney+ subscribers already at 54.5 million as of May, The Walt Disney Company has decided it can dispense with a seven-day free trial and instead rely on big, new originals and other draws to keep the customer acquisition momentum going.

The trial offer, which has been in place since the SVOD’s launch last November, is being dropped as Disney commences a marketing blitz for “Hamilton,” the movie of the phenomenally successful Broadway musical written by and starring Lin-Manuel Miranda.

Yesterday, the company released a 1-minute trailer for the film (below and above), which will debut exclusively on Disney+ on July 3.

In a statement, Disney said, it continues to "test and evaluate different marketing, offers and promotions” to grow Disney+, adding: "The service was set at an attractive price-to-value proposition that we believe delivers a compelling entertainment offering on its own."

"Hamilton," which was filmed live on state at Broadway’s Richard Rodgers Theatre in June 2016, after Disney reportedly paid $75 million for the rights, was originally to debut on Disney+ in 2021, and then in  October of this year. But in May, Disney announced that the premiere was being moved up to July.

In addition to being a natural thematic tie-in with July 4, Disney positioned the change of plan as a gift to a pandemic-weary world.

“In light of the extraordinary challenges facing our world, this story about leadership, tenacity, hope, love and the power of people to unite against the forces of adversity is both relevant and impactful,” Disney executive chairman Bob Iger said in announcing the accelerated release.

The movie’s release could also provide a financial shot-in-the-arm for Disney, which saw its earnings plummet more than 90% in this year’s fiscal second quarter as a result of pandemic-driven shutdowns of its parks and cruise lines, movie theaters and most production of new movies and TV shows.

Most of the company’s streaming business has been a bright spot amid many uncontrollable circumstances, as at-home video/TV viewing soared during the pandemic, giving Disney+’s launch added momentum.

With Disney+ now close to hitting the lower end of the 60 million to 90 million global subscribers the company projected by 2024,  U.K.-based Digital TV Research in May upped its own projection to 202 million by 2025 — up from its previous estimates of 101 million and 126 million.

In May, Disney reported that its D2C business, which includes the streaming services (including Hulu’s revenue for the first time as Disney took full control of it) and results from international operations, were a major driver of its 21% growth in consolidated revenue during its fiscal second quarter.

D2C saw revenue of $4.12 billion, up from under $1 billion in the year-ago quarter, although the segment’s operating loss increased to $812 million, from $385, due to the costs of launching Disney+ and integrating Hulu. Disney also said that the D2C segment would see a $1 billion operating loss in its third quarter.