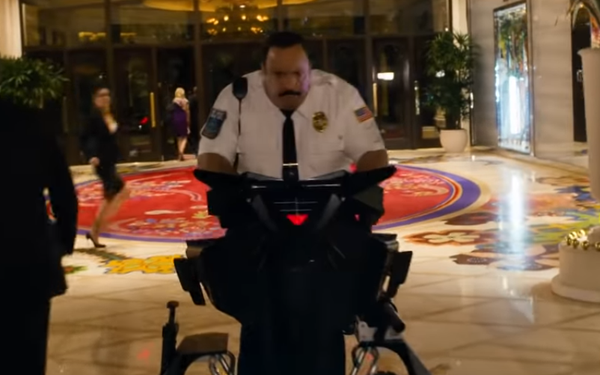 Segway, the sometimes revered, often ridiculed, but infrequently ridden two-wheeled vehicle that has been tooling around some streets, malls and factory floors since 2001, is headed the way of Ford’s Edsel.

“Steve Jobs said it would be bigger than the PC. Some dubbed it the most hyped product since the Apple Macintosh. An era of secrecy bubbled up in the year 2000 about an invention that would change the world as people knew it. People speculated it was a hydrogen-powered hovercraft, or a device that would break the rules of gravity itself,” Mark Wilson writes for Fast Company in breaking the story yesterday.

“Manufacturing at the Bedford, New Hampshire, plant will stop July 15. A total of 21 employees will be laid off as a result, while 12 will stay on temporarily to handle various matters, including warranties and repairs on the Segways that have already been sold. Five employees working on Segway Discovery scooters will remain,” he adds.

“The transportation revolution that inventor Dean Kamen envisioned when he founded the company in 1999 never took off. The Segway’s original price tag of around $5,000 was a hurdle for many customers. It also was challenging to ride because the rider had to be balanced at a specific angle for the vehicle to move forward. If the rider’s weight shifted too much in any direction, it could easily spin out of control and throw the rider off…,” write  the AP’s Matt Ott and Cathy Bussewitz for Boston.com.

“The Segway was a common sight at malls and airports, used by law enforcement or security guards. It was also often seen transporting herds of tourists around certain cities. But the company always struggled to find customers. Faced with dwindling revenue, Segway ended up being sold off twice to investors, once in 2009 and then again in 2013. The first, British investor, Jimi Heselden, died in an ironic, tragic Segway crash in 2010, and the second, Summit Strategic Investments, intended to ‘refocus’ Segway over several years, but that project was never completed,” Andrew J. Hawkins writes  for The Verge.

“In 2003, then-U.S. President George W Bush took a tumble off a Segway at his parents' summer home in Kennebunkport, Maine. The incident followed Vice President Dick Cheney's use of a Segway to ride around his office when his Achilles tendon was playing up,” the BBC recalls.

“The Segway also served as a, quite literally, comedy vehicle in the 2009 Hollywood movie “Paul Blart: Mall Cop." In the film, actor and comedian Kevin James played a security guard who patrolled a shopping mall on a Segway to much comic effect,” the BBC story continues.

Ninebot, the Chinese rival that Segway once accused of copying its scooter, acquired the company in 2015. Ninebot says Segway accounted for 1.5% of its revenue last year.

“Given our decades-long history, we recognize that this decision may come as a disappointment to our strong and loyal following among private owners, who view the Segway as one of the more innovative creations of the early 21st century,” Segway president Judy Cai said in a statement cited  by Rachel Sandler in Forbes. “We are grateful for the support and loyalty of our consumers and are proud of the impact our products have made on our customers’ lives and the reputation of the Segway brand.”

Ninebot “has continued to create and sell self-balancing ride-ons under the Segway brand, as well as scooters and other electric-powered car alternatives for getting around a crowded city where streets are often jammed with traffic. At CES 2020 the company revealed its latest creation using the self-balancing tech; a two-wheeled stroller for adults that allowed riders to sit in comfort while getting around,” Andrew Liszewski writes  for Gizmodo.

“Rather than being cool and world-changing, the Segway developed a nerdy reputation. As former Segway employee Matt Gelbwaks told CNN in a 2018 profile of the company, ‘There was a significant dork factor,’” writes  Matt McFarland for CNN Business.

“Kamen, who did not immediately respond to a request for comment, told CNN Business in 2018 that Segway continues to be the project that most people know him for,” McFarland adds.