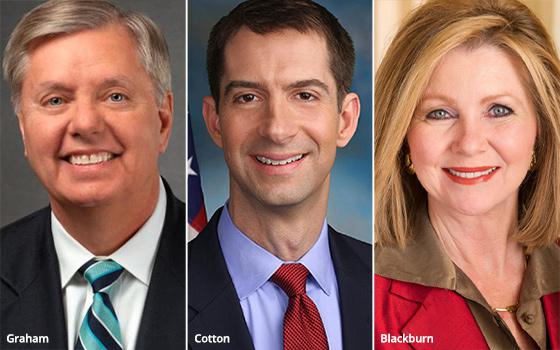 Once again, lawmakers are taking aim at apps and digital services that allow end-to-end encryption.

“In recent history, we have experienced numerous terrorism cases and serious criminal activity where vital information could not be accessed, even after a court order was issued,” Graham said in a statement. “Unfortunately, tech companies have refused to honor these court orders and assist law enforcement in their investigations.”

Facebook’s WhatsApp is singled out in the bill and accused of facilitating drug deals and cash drops by the Sinaloa Cartel.

In response, Facebook insists such an act would do more harm than good.

“End-to-end encryption is a necessity in modern life,” the tech giant stated. “Rolling back this vital protection will make us all less safe, not more.”

That said, Facebook said it remained committed to continuing to work with law enforcement and fighting abuse, “while preserving the ability for all Americans to communicate privately and securely.”

If successful, the bill would force Facebook and other tech companies to aid law enforcement in their investigations, including carrying out warrants.

In addition, it would allow the U.S. Attorney General to issue directives to service providers and device manufacturers to report on their ability to comply with court orders, including timelines for implementation.

Encryption features have long been the target of lawmakers and law enforcement officials.

From 2015 to 2016, for example, the FBI engaged in a protracted legal battle to force Apple to provide access to the iPhone belonging to one of the shooters in San Bernardino terrorist attack.

Preempting cries of government overreach, the authors of the new bill insist it will not threaten the privacy of law-abiding citizens. “Our legislation respects and protects the privacy rights of law-abiding Americans,” Graham asserts.

Consumer privacy advocates are not buying what Graham and his colleagues are selling.