Slip In Podcast Audiences During Pandemic Seems Just A Blip 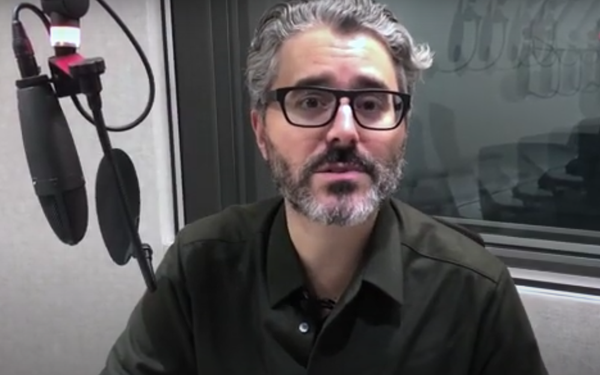 Michael Barbaro, host of “The Daily” podcast from The New York Times

While media use has upticked during the pandemic, that’s not been absolutely true for podcasts. Their audience numbers appears to have gone down slightly during the early stages of the crisis, though things are once again on the upswing.

Yet a new report from eMarketer says that for totals at the end of the year,  “time spent with a podcast” should dip to 34 minutes per day in 2020, from 36 minutes the year before.

Any audience decline tends to rattle advertisers and publishers, but possibly more so when the medium is podcasts, where audience numbers have only gone up since 2015.

But it looks like any downward movement is not a long-term trend.

“Despite the dip this year, time spent will return to steady growth in the coming years, verging on one-fifth of total time spent with digital audio,” the eMarketer report says. By the end of 2022, podcast listening will once again take up 36 minutes for the average consumer, the report predicts.

But just why did podcast listenership slip during the pandemic, when it would seem people had nothing but time on their hands?

Possibly because in normal times, listeners would tune in to podcasts in small chunks of time, like work commutes, or walking down the street to lunch. Staying indoors and away from their offices has likely altered that rhythm. There was very little to or fro happening.

It seems most of the decline happened in April. Podtrac, which measures podcast audiences, reported that in April, all the top 20 podcast publishers saw audience declines, and the average “unique monthly audience” for the top 10 decreased by a significant 15%.

And what a difference a month made. Podtrac says in May, “all but but one of the top 20 publishers” saw an increase in their audience over the month before, and that unique monthly audience for the top 10  that was  down 15% in April increased by the same amount a month later, and 22% over May of 2019.

Hot Pod, a newsletter from Nieman Lab that tracks what’s happening with podcasts, pointed out that in March, podcasts in the true crime genre (popularized by “Serial” in 2014) had three straight weeks of declining audiences.

Hot Pod’s Nicholas Quah seemed to discount that nascent trend. “Broadly speaking, I’m somewhat partial to ‘it’s hard for folks to listen to true crime when there’s an overt universal horror in the air right now,’” he wrote. He might have a point about some people needing a reality respite: Podcasts featuring fiction were up 19%  — a genre that was trending down until the pandemic,  Quah wrote.

Still, there’s not much doubt podcast audiences were paying attention to the bleak pandemic news. The top three podcasts in May were “The Daily” from The New York Times, “NPR News” and “Up First,” a morning news podcast from NPR.