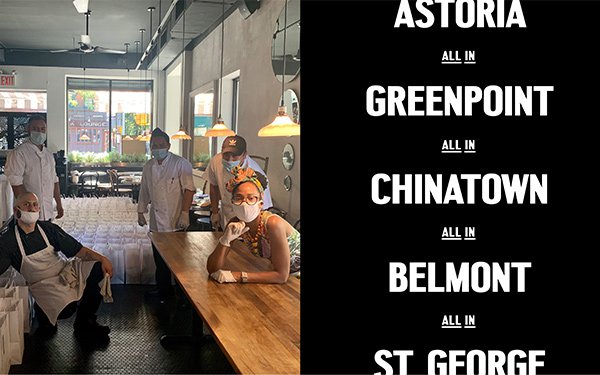 New York City is introducing the “All In NYC” campaign to help jumpstart tourism and economic sectors impacted by the shutdown.

The creative, developed by agency Aruliden, serves as an ode to NYC and its colorful and iconic neighborhoods, underscored with the new tagline, "All in NYC."

Aruliden landed the pro bono assignment as part of an open creative brief issued in collaboration with the Clio Awards that selected the NY-based agency’s pitch from over 60 submissions from branding companies around the world.

The campaign will roll out in phases dubbed Rise, Renew, and Recover. Across these three stages, messaging and tourism-friendly programs will first target hyper-locally to metro residents, then as conditions allow, expand to regional, domestic and ultimately, to international travelers over time.

In terms of messaging, the first main component is the “Stay Well NYC” pledge. Consumers and member businesses will be asked to visit NYCgo.com, where they can view information about the Pledge and download a related tool kit/standards to participate.

The second stage seeks to encourage New Yorkers, and eventually visitors, to explore neighborhoods throughout the five boroughs and support local business. The city’s destination marketing unit NYC & Company will release a series of video profiles along with a platform that allows residents to share their love for their neighborhoods.

Later pieces of the campaign include support for industry segments such as restaurants, with content featuring New York City chefs; promoting staycations in NYC; leveraging well-known New Yorkers to become influencers for their city; engaging external audiences; and expanding the campaign's reach geographically.