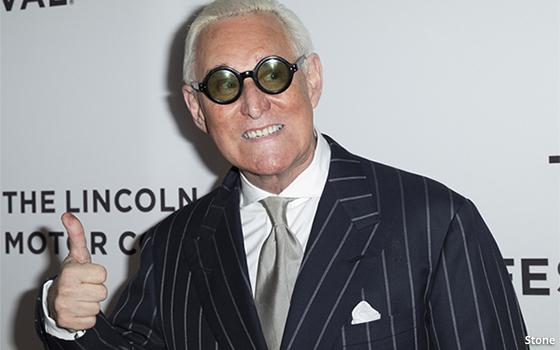 Despite threats of regulation by the Trump Administration, Facebook has shut down a number of accounts connected to Trump confidant Roger Stone.

The accounts -- along with those belonging to the Far Right group known as Proud Boys -- engaged in what Facebook called “coordinated inauthentic behavior.”

“The people behind this activity used fake accounts … to pose as residents of Florida, post and comment on their own content to make it appear more popular than it is, evade enforcement, and manage Pages,” stated Nathaniel Gleicher, head of security policy at Facebook.

Facebook originally designated the Proud Boys as a “hate group” and banned them from its platforms in 2018.

“We first started looking into this network as part of our investigation into the Proud Boys’ attempts to return to Facebook after we had designated and banned them from the platform,” according to Gleicher. “Our investigation linked this network to Roger Stone and his associates.”

Gleicher also said the investigation was aided by the recent public release of search warrants pertaining to the investigation by Special Counsel Robert Mueller in response to a joint petition from The New York Times, CNN, the Associated Press, The Washington Post and Politico.

Trump recently signed an executive order that aims to negate a law that currently protects social giants from repercussions relating to content on their platforms.

“In a country that has long cherished the freedom of expression, we cannot allow a limited number of online platforms to hand pick the speech that Americans may access and convey on the internet,” the order stated.

The didn’t stop Facebook from removing a number of ads paid for by Trump’s reelection campaign for violating its policy against organized hate.

Facebook also recently announced the removal of some 220 accounts related to the Boogaloo anti-government extremist group, 95 Instagram accounts and other groups/accounts that violated its policies against non-state actors designated as Dangerous Individuals and Organizations.