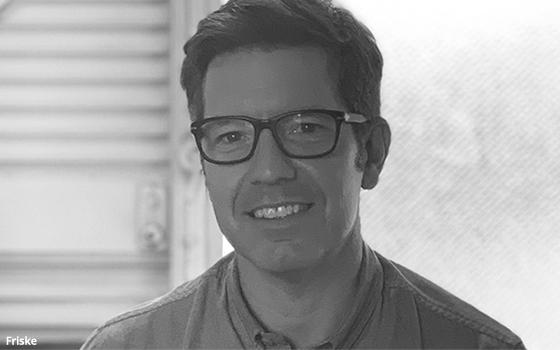 Scott Friske is departing his job as executive producer at Shipping + Handling in Los Angeles to reunite with Hue&Cry Founder and executive creative director Magnus Hierta in Richmond, VA.

In his new role Friske is tasked with driving growth. He’ll lead on sales, recruiting, and general business management, while championing the studio's roster of talented artists on their creative output.

Hue&Cry is known for its animation and design work on campaigns for agencies like Martin Agency, FCB, and Olgivy, network properties including NatGeo and MSNBC, and brands like Oreo, Capital One, Discover, and Chevrolet.

Friske was an executive producer with the studio when it spun off from The Martin Agency in 2014, and he was the EP for and helped launch Running With Scissors, Martin’s in-house production group that evolved into Superjoy late last year.

In addition, during these stints Friske worked with industry veteran Steve Humble who launched Hue&Cry with Hierta in 2013.

“As the original Executive Producer, and my partner in starting the studio, getting him back onboard was a no brainer,” says Hierta. “His incredible energy, leadership, and strong legacy connection to our company will be an immense help as we continue to grow.”