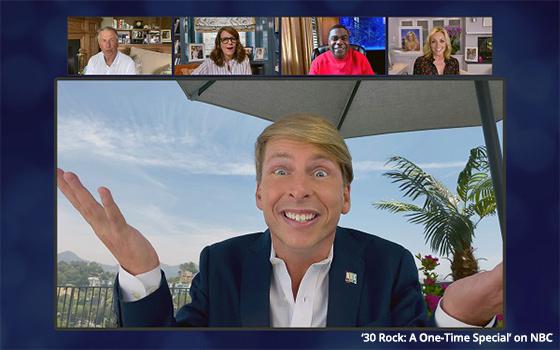 A look at last week’s prime-time upfront special on NBC revealed that affiliate concerns about the show’s contents were largely unfounded.

NBC affiliates owned by at least five of the nation’s largest TV station groups -- and representing approximately 50% coverage of the U.S. -- effectively boycotted the one-hour show by preempting it with local fare.

According to news reports, the affiliates were upset that they were being asked by NBC to air an hour-long promotional special that the affiliates believed would devote more time to promoting NBC Universal’s other platforms such as its basic cable networks and new streaming service, Peacock, than the NBC broadcast network.

But that's not what happened. While the new Peacock service was promoted within the show (along with other properties such as Telemundo and Universal Studios theme parks), the majority of airtime in the show was devoted to NBC and the new shows that will hopefully be produced in time for the new fall TV season.

The new shows announced for NBC included a new “Law & Order” spin-off -- “Law & Order: Organized Crime,” starring Christopher Meloni; and “Young Rock,” a comedy based on the boyhood of Dwayne “The Rock” Johnson.

In fact, the NBCU basic cable properties were barely promoted at all -- which stands in stark contrast to the way all the properties have shared the stage more or less equally at the live upfront presentations the company has mounted at Radio City Music Hall every spring since 2016.

Last Thursday night’s one-hour special (airing from 8 p.m. to 9 p.m. Eastern) was designed as a replacement for the traditional, in-person presentation which was cancelled due to the COVID-19 pandemic.

The event was anchored by a reunion of the cast of “30 Rock,” who participated in a loose storyline about the network considering a reboot of their old show-within-a-show: the variety- and sketch-comedy show called “The Girlie Show with Tracy Jordan” (aka “TGS”).

In the context of this plotline, the cast members also participated in the process of promoting and announcing NBC’s new fall shows.

It was no easy task to combine promotion and entertainment in this way, but it worked better than many might have predicted it would.

One reason was that, when “30 Rock” ended, former NBC page Kenneth Parcell (Jack McBrayer) had been promoted to chairman of the entire company.

Considering that the whole thing was an elaborate contrivance -- and one produced and aired in the midst of a pandemic, too -- the “30 Rock” reunion portions of the show worked very well.

I did wonder how the show’s audience -- the part made up of ordinary people not involved in the businesses of television, advertising and related media -- reacted to the show’s selling messages.

It's quite possible they tuned out of the interstitial promotional portions. These were the kind of over-the-top assemblages of clips from NBCU content that are a staple of upfront presentations.

I could not help thinking they work far better when presented in an auditorium like Radio City Music Hall than on TV.

Nevertheless, the flaws that can be nitpicked from this unusual one-hour promotional show are inconsequential. On the whole, NBCU did a good job with this, with one exception.

Perhaps there was something deficient in the way the company positioned the show for the NBC affiliates.

After all, if the affiliates had only known how much of it was to be devoted to the content they will be airing next season, they might have thought twice about preempting it.