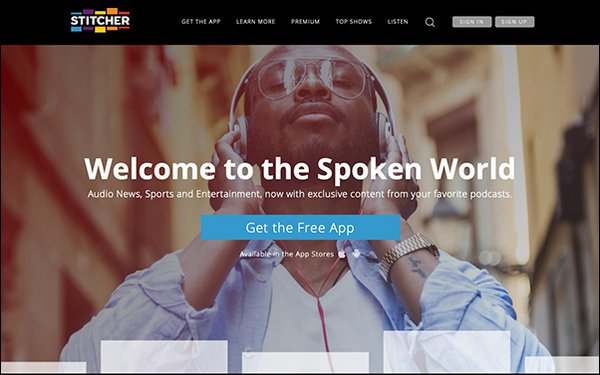 Scripps says that figure is a “return of more than double Scripps’ investment in podcasting over the last five years,” and represents 4.5 times Stitcher’s revenue in 2019, which was $72.5 million.

“As a result of this transaction, Scripps is improving our leverage ratio through higher company EBITDA and garnering cash we can use toward debt reduction, which continues to be our highest priority,” stated Scripps executive vice president-CFO Lisa Knutson.

Podcast usage has tripled over the past decade. Podcast advertising revenue grew 42% to nearly $679 million in 2019, and is projected to surpass $1 billion by 2021, according to the Interactive Advertising Bureau.

Stitcher grew revenue at a compound annual growth rate of 52% from 2016-2019. The platform offers both a free, ad-supported podcast listening app and an ad-free subscription that costs $4.99 per month.

SiriusXM generates most of its revenue from satellite radio subscriptions, but this deal will build on the company’s $3 billion acquisition last year of music and podcast streaming company Pandora.

“This sale is consistent with Scripps’ track record of growing businesses that capitalize on the evolution of consumers’ media habits and then unlocking shareholder value through spinoffs, exits and continued organic growth,” stated Scripps president-CEO Adam Symson.

He added: “We are firmly committed to our national businesses and are enthusiastic about the opportunities we see ahead in digital audio, over-the-top and over-the-air television.”

The transaction is expected to close in the third quarter. All Stitcher employees will move to SiriusXM once the deal is finalized.

LionTree Advisors has acted as exclusive advisor to Scripps in the sale process. BakerHostetler is serving as legal counsel.