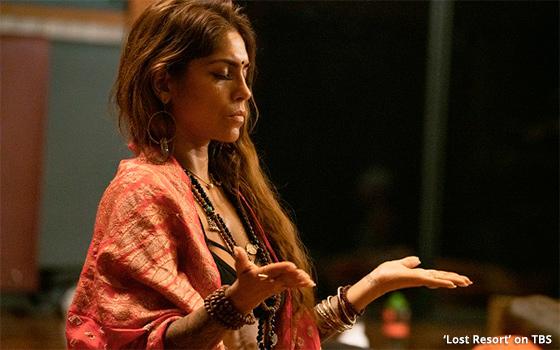 The most constructive way to approach the new reality series called “Lost Resort” is with compassion.

The show, premiering Thursday on TBS, is about a group of people from various parts of the U.S. who travel to a health spa in Costa Rica to try and iron out some serious emotional issues.

This facility’s remote jungle setting looks posh enough, but this is not a spa for mud baths, massages and cucumber slices laid gently over the eyes.

Instead, it is a place where these people have gone to deal with low self-esteem, rage impulses, childhood traumas, relationship difficulties and other issues standing in the way of their life’s goals.

And yet, they have all chosen to participate in this very personal process on television, in the context of a reality show produced by the same company that produces “Real Housewives of New Jersey” for Bravo, Siren’s Media.

One has to wonder how effective this spa therapy will really be for these people. As almost everyone knows by now, “reality” shows such as this are not “real” in the true sense of the word.

They are shows in which the nonprofessional participants are coached incessantly by off-camera producers who want to motivate their amateur cast members to “perform” for the cameras.

So at least some of the drama in “Lost Resort” is probably faked -- or at least exaggerated.

The title seems to be saying that this show’s wellness patients are “lost,” and they have come to this “resort” in search of one last chance to find themselves.

In the premiere episode, the participants are seen meeting each other for the first time, gathering in group sessions to reveal their sad secrets, and taking part in yoga exercises and primal scream therapy.

They also form childish cliques in which they gossip about the other participants -- the familiar stuff of a host of similar reality shows, including the “Real Housewives” shows of Bravo.

This is where your ability to feel compassion will come in handy. Instead of rolling your eyes at the self-centered, thoughtless behavior of these “Lost” souls, it is better to feel sorry for them.

They are so lost they have turned to reality television to save themselves. Heaven help them.