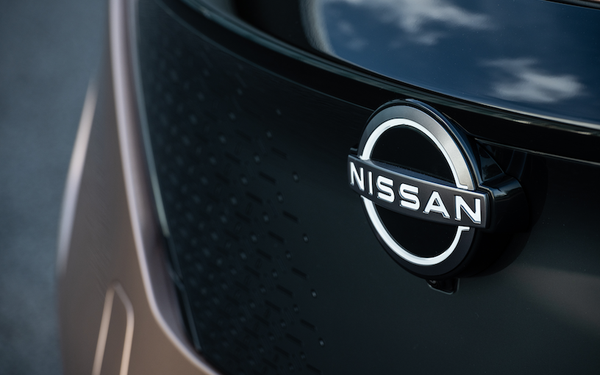 The event took place at 1 a.m. EDT. Japan Standard Time is 13 hours ahead. Viewers from around the global were able to watch the unveiling at a dedicated website called The Nissan Next.

The Ariya offers an estimated range of up to 300 miles, which makes the vehicle suitable for both daily commutes as well as road trips, according to the automaker.

The front of the vehicle is highlighted by a shield -– a reimagined grille for the electric vehicle era. Nissan’s redesigned brand logo, composed of 20 LEDs, is placed at the center. The lower section of the shield is bordered by subtle lighting that illuminates, along with the logo, when the Ariya is ready for operation.

“In keeping both sun and bar design elements, the logo signals a respect for the company’s heritage, while moving towards a future of mobility services and electrification,” according to the automaker.

The new emblem was first created by Nissan’s global design team as a badge to live on future cars, with Nissan United (the multidisciplinary unit within TBWA that drives Nissan’s marketing and communications globally) and TBWA’s Design by Disruption (DXD) unit building out a flexible and wide-ranging brand identity system The brand identity includes applications in both 2D and 3D for all communications, including advertising, digital platforms, websites and dealerships.

Nissan expects sales of its electrified models to be more than 1 million units a year by the end of fiscal 2023.

The Ariya features a new human-machine interface -- a hybrid voice recognition system with advanced natural language understanding technology to handle in-vehicle assistance without drivers having to take their eyes off the road. 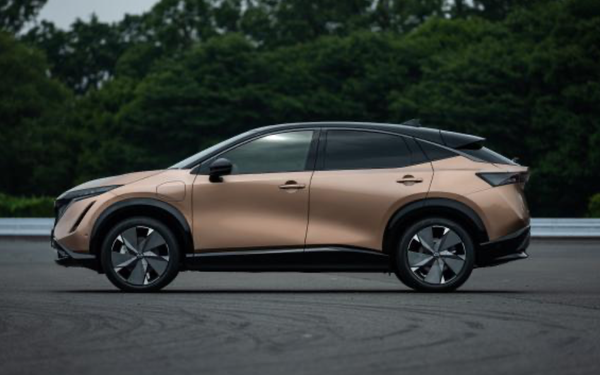