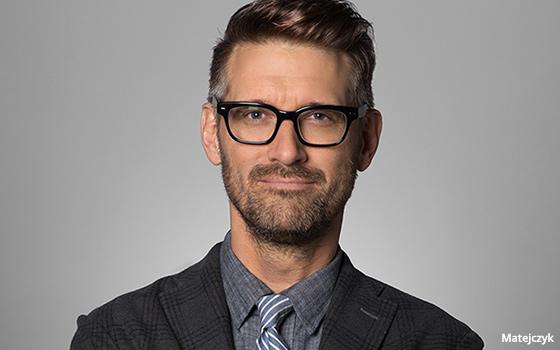 MUH-TAY-ZIK / HOF-FER co-founder John Matejczyk is stepping down from the CEO and Chief Creative Officer roles at the 12-year-old agency.

He says he has reached his “natural inflection point” and will move away from his day-to-day leadership position into a non-executive chairman role through the end of 2020 before transitioning out of the business altogether.

He says he is leaving to prioritize family obligations and to pursue a new experience.

In 2016, UK-based agency VCCP acquired the shop. Earlier this year, the agency promoted of executive creative director Joel Kaplan and director of client services Carolina Cruz-Letelier to partners as it continued to look to the future and evolve its leadership team.

Adrian Coleman, CEO, VCCP said that Matejczyk, “leaves the agency in great shape and excellent hands and we all wish him every success in the next chapter of his career.”

The agency has worked for clients such as Google, Staples, DoorDash, StubHub, and Lyft.

Matejczyk himself has led creative on dozens of notable campaigns, including Audi's ‘Think Faster,’ Netflix's ‘Netflix or Study?’ and the 2019 cross-industry initiative for the National Center of Missing & Exploited Children ‘Runaway Train 25.”