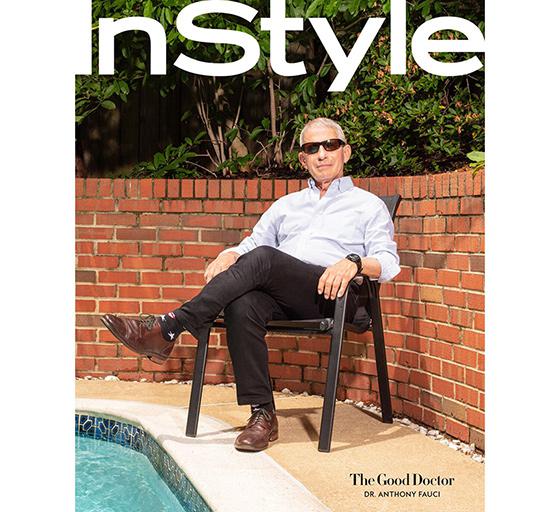 Dr. Anthony Fauci is featured on a special digital cover of InStyle magazine.

The director of the National Institute of Allergy and Infectious Diseases was interviewed for Meredith's fashion magazine InStyle by “CBS Evening News” anchor Norah O’Donnell, who knows Fauci and his family.

On the cover, Fauci is donning dark sunglasses and a button-down shirt, perched on a chair with legs crossed beside his pool.

Fauci was photographed on June 6 in his backyard in Washington, D.C. by Frankie Alduino.

“We chose to celebrate Dr. Fauci because he is an American hero,” Laura Brown, editor in chief of InStyle, told Publishers Daily. “A steady voice through six administrations, to the Trump White House, the most testing of all. Putting this good man on our cover is the absolute least we can do.”

They talked about the fight against the COVID-19 pandemic, Fauci's relationship with the White House and how the couple is spending time at home.

Fauci noted he does not see President Trump as much as he used to. He called their relationship “complicated.”

He also talked about his daily power walks with his wife around their neighborhood for exercise.

The interview will be featured in InStyle’s September print issue, which will hit newsstands on August 21.