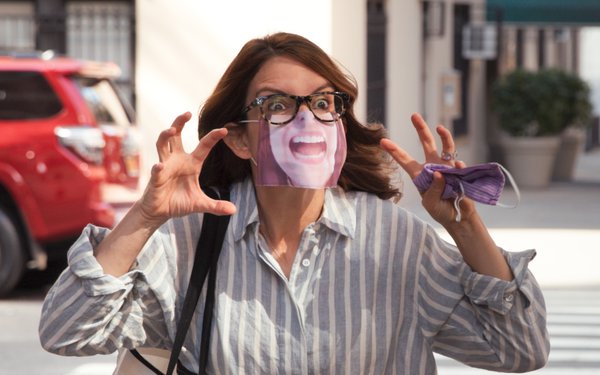 The NBC “30 Rock” TV series did brand entertainment stuff fairly well -- like with Snapple. But when it comes to NBCUniversal products -- TV shows and a new streaming service -- not so much.

While it was fun to see the old gang get back together, the “30 Rock: One Time Special” was uncomfortable to watch as the characters shilled for so long about all things wonderful -- or not -- about NBCU.

Maybe I’m too close to the action.

From an outsider’s point of view, what were those non-upfront-related average viewers thinking? The ratings perspective? Meh. Beyond that, critic reviews were at best mixed. At worst, that it should never be done again.

Media buying and advertising executives are typically treated to this kind of stuff in much smaller ways -- a few minute-long videos of inside-industry bits during TV networks’ live upfront events.

And “30 Rock” had done it well. Remember when it did a bit on Snapple? Short and to the point.

Liz Lemon (speaking to Jack Donaghy at meeting): “I’m sorry.. you were saying that we would use the show to sell stuff?”

Lemon: “Jack, we are not doing that. We are not compromising the integrity of the show.”

Lemon: “I know it just tastes like regular Snapple doesn’t it!”

This is way better than the branded entertainment stuff in dramas. (Please!) Lingering video shots of big brand vehicles (and their logos) -- Toyota, Ford Motor, or whatever -- can be irritating. Still, branded executives say research has shown viewers just kind of shrug their shoulders concerning this. No lasting efforts.

That could be because brand-entertainment efforts are typically short and to the point. But an hour-long thing targeted to both consumers and business executives?

Some reviews weren’t so kind. A Vanity Fair review said the summed up the special in a headline: “Everything Bad About TV Right Now Into One Episode.”

To be fair, this isn’t all that new. Summertime promotional TV specials about the upcoming fall season’s programming are regular things. But traditionally, these tend to be less promoted, at lower star-level. There were different kinds of expectations here.

In comparison, the “30 Rock” special was a smaller effort -- given its short notice -- in trying to find another way to boost sampling for NBCU content/products this fall.

So what will happen for the 2021 fall season? There will be the rescheduled 2020 Tokyo Summer Olympics next year.

Beyond that... will we need to have a “Parks and Recreation: One Time Special” then?

brand marketing, tv
1 comment about "'30 Rock: One Time Special' Uncomfortable To Watch".
Check to receive email when comments are posted.
Next story loading