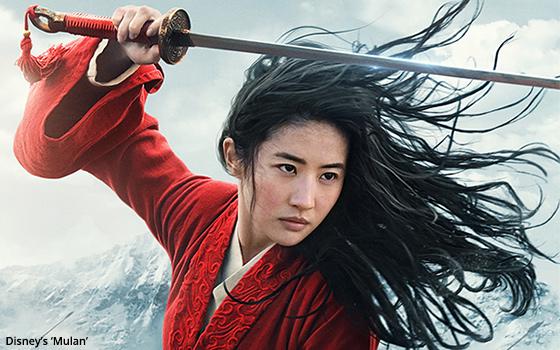 Piling on to an already disappointing summer movie season, Walt Disney said it is postponing one big movie franchise “Mulan” to next year -- as well as pushing two other longer-term movie franchises -- “Star Wars” and “Avatar” -- to outer years.

“Mulan” had most recently been scheduled for August 21 -- after a previous July 24 date.

Its original release date was March.

"Over the last few months, it's become clear that nothing can be set in stone when it comes to how we release films during this global health crisis,” according to a Disney statement.

Earlier this week, AT&T’s WarnerMedia says its highly touted summer release “Tenet” will be postponed again. John Stankey, CEO of AT&T, said there was no alternate plan to stream the movie. A theatrical release was still the primary distribution point.

Also on Thursday, the biggest U.S. theater chain, AMC Theaters, rescheduled openings for many of its U.S. theaters until mid-to-late August from a July period.

AMC also announced one-third of its theaters in Europe and Middle East have been open. AMC has 1,000 theaters and 11,000 screens worldwide.