Commerce Dept Petitions FCC To Clamp Down On Social Media 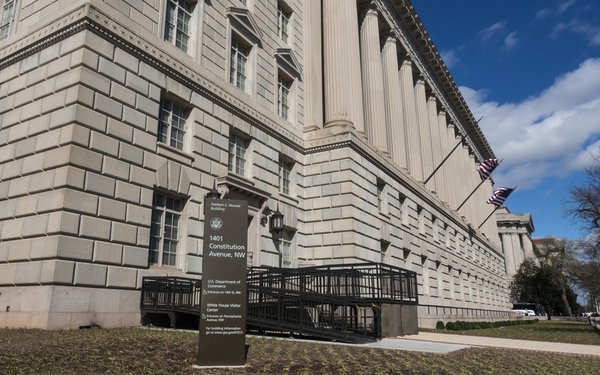 As directed by President Trump, the Commerce Department has petitioned the Federal Communications Commission for regulations that could affect how social media companies treat posts by users.

The move comes two months after Trump issued an executive order targeting social media policies for allegedly engaging in “selective censorship” based on viewpoint. He issued the order after Twitter alerted its users to dubious claims in two of his tweets.

The NTIA's 57-page petition asks the FCC for new rules “guiding the interpretation of section 230.”

The NTIA argues that social media platforms have "overarching influence and power," due to section 230's protections from liability for users' posts.

“Given the maturing internet economy and emergence of dominant social media platforms, the FCC should re-examine section 230, as well as other provisions of the Communications Act of 1934," the NTIA argues. "The FCC should determine how section 230 can best serve its goals of promoting internet diversity and a free flow of ideas, as well as holding dominant platforms accountable for their editorial decisions, in new market conditions and technologies that have emerged since the 1990s.”

In the petition, the agency claims that social media platforms “appear to engage in selective censorship that is harming our national discourse.”

Many in the media and advertising industry -- including the Association of National Advertisers -- have argued that an attempt to regulate web companies' editorial policies by tying them to Section 230 protection would violate the First Amendment.

FCC Commissioner Jessica Rosenworcel, who previously said the agency has no authority to regulate social media companies, reiterated calls for the agency to turn away the NTIA's petition.

“The Administration just filed a petition asking the FCC to moderate content under Section 230,” she tweeted. “It's an invitation from the President for the FCC to help chill online speech and organize it in his favor. We need to reject this loud and clear.”

“As a threshold matter, NTIA has not made the case that Congress gave the FCC any role here,” he stated.

“I continue to believe that these rules reflect the President’s attempt at retaliation and intimidation -- at the very time when social media companies’ decisions could impact his own electoral future, Starks added. “This dark cloud over online free speech will cast a lingering shadow on our elections.”

Other legal experts have noted that the Communications Decency Act doesn't authorize the FCC to craft regulations. Additionally, numerous judges have already ruled that websites have the First Amendment right to decide how to treat material uploaded by users.