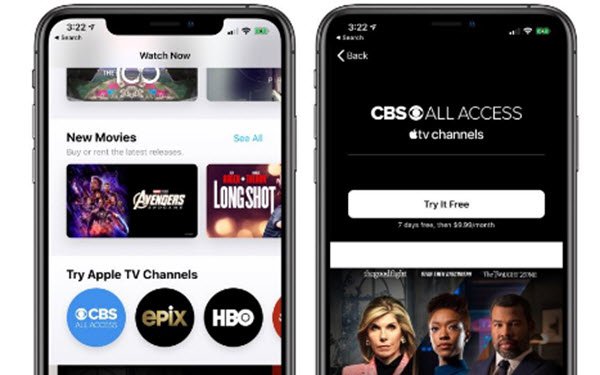 ViacomCBS has unveiled another “significant expansion” of CBS All Access as in interim step and interest-builder on the way to a full rebranding/relaunch of the streaming app set for early next year.

The expansion adds some 3,500 episodes from popular series from BET, Comedy Central, MTV, Nickelodeon, Smithsonian Channel and other channels.

The service is also rolling out a new user interface across major device platforms, designed to enhance personalization and content discovery.

The company also announced plans for an new All Access kids’ series, “Kamp Koral,” that’s a spinoff of its Spongebob Squarepants franchise. The series is set to premiere next year.

As of May — when ViacomCBS announced the addition of more than 100 films from Paramount’s library to CBS All Access as part of the rebranding news and its Q1 earnings report — All Access and sister streaming service Showtime had a combined 13.5 million subscribers. That was up more than 50% from the year-ago quarter, according to the company, which doesn’t break out the numbers.

Also in May, CBS All Access debuted as an app on the homepage of Comcast's Xfinity platform.

The latest expansion also includes the addition of more Paramount titles, and new shows including “Star Trek: Lower Decks” (debuting August 6), an untitled Richard Linklater docuseries set for the fall, and a limited “The Stand” series set for late-year. Live-feeds of “Big Brother” has also been added.

“As the first network to market with a branded direct-to-consumer service more than five years ago, we have the advantage and experience of building [CBS All Access] from the ground up, establishing distribution points across all major platforms, creating a service with high user engagement and low churn, and crafting a robust slate of exclusive originals from which we continue to build,” ViacomCBS digital chief Marc DeBevoise declared in the announcement. “By bringing the valuable IP and creative capabilities from across ViacomCBS together in one product, we will deliver to consumers a compelling and differentiated service with something for everyone across news, live sports and on-demand entertainment in every genre.”