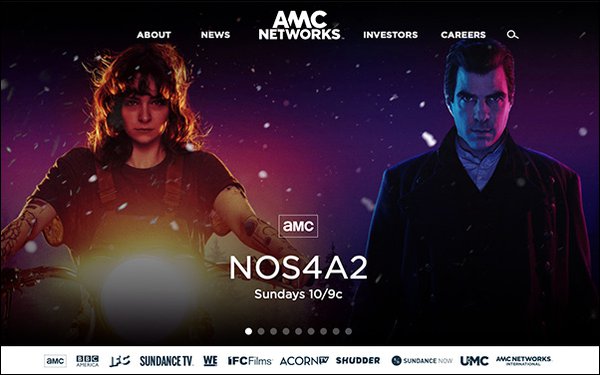 But don’t read too much into this, says Todd Juenger, media analyst at Bernstein Research.

“We expect this will give a boost to AMCX stock and its peers,” he writes. “If that happens, we think it's misplaced. We don't believe the second-quarter result gives any meaningful information about expected future performance.”

AMC Networks landed at $187 million in national TV ad revenues in its second quarter versus $219 million in the same period last year. Analysts expected anywhere from a 27% to 40% drop in the second quarter.

This would be a bit better than the industry average for the period. Standard Media Index says there was an overall 19% decline in the second quarter in national TV advertising from its database of raw invoices, covering 130 TV networks.

AMC’ s "distribution and other" revenue fell 20% (to $308 million) in the quarter, a deepening decline versus the 6% fall in the first quarter.

On the positive side, AMC witnessed a 4% growth in the second quarter in Nielsen-measured persons aged 2+ (P2) viewer ratings. But the trend isn’t going in the right direction: April was up 10% in viewing. May was 13% better, with June down 9%.