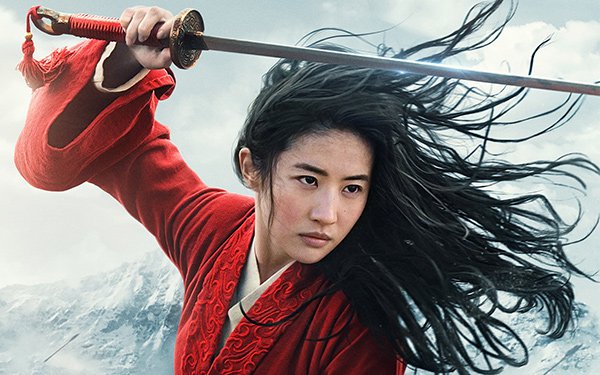 While reporting another depressed quarter on Tuesday, Disney announced its latest plans to capitalize further in the one area where it is currently seeing success: streaming.

With its theme parks, cruise line and live productions still reeling from the pandemic, Disney’s sales plummeted 42%, to $11.8 billion, and the company suffered a net loss of nearly $5 billion, in its fiscal third quarter.

The continuing bright spot was Disney+, which has now grown to 60 million subscribers, according to the company.

As a result, Disney — which has postponed the debut of its live-action version of “Mulan” several times this year, will now launch the film on September 4 as a $29.99 premium video-on-demand offering on Disney+ in the U.S. and select international markets, Disney CEO Bob Chapek said during the quarterly earnings call.

In addition to its availability on Disney+ in the U.S., Canada, New Zealand, Australia and several Western European countries, “Mulan” will be shown in movie theaters in markets where that is an option.

“We’re very pleased to be able to bring Mulan to our consumer base that has been waiting for it for a long, long time as we've had to unfortunately move our theatrical date several times," said Chapek.

Chapek described the move as one of a number of "different approaches" devised by Disney in response to the pandemic. He also gave a nod to the traditional practice of theaters having a three-month window to show major new films before they’re released on streaming services.

Disney is “looking at ‘Mulan’ as a one-off, as opposed to saying there is some new business windowing model that we are looking at," Chapek said.

However, the move is still another big blow for movie theater chains that hoped to debut “Mulan” during their planned reopenings later this month. Last week, AMC, the world’s largest theater chain, made a major concession by inking a deal with Universal in which that studio’s films will be exclusively in AMC theaters for just 17 days, instead of the traditional 70 days, before Universal and its Focus Features sister studio can release the movies on VOD.

Chapek also seemed to underscore PVOD’s promise: “We find it very interesting to be able to take a new offering to consumers at that $29.99 price and learn from it and see what happens not only in terms of the uptick of the number of subscribers we got on the platform, but also the number of transactions we get on that PVOD offering," he said.

In fact, Chapek also announced that Disney plans to launch another streaming service, for international markets, next year.

“The offering will be rooted in content we own from the prolific and critically acclaimed production engines and libraries of ABC Studios, Fox Television, FX, Freeform, 20th Century Studios and Searchlight,” Chapek said. “In many markets, the offering will be fully integrated into our established Disney+ platform from both a marketing and a technology perspective and it will be distributed under the Star brand, which has been successfully utilized by the company for other general entertainment platform launches, particularly with Disney+ Hotstar in India.”

Disney owns most of the U.S. streaming service Hulu, which packages its own content and licensed shows, and “seems to be creating something similar for an international audience that will be paired with Disney+,” notes MarketWatch.