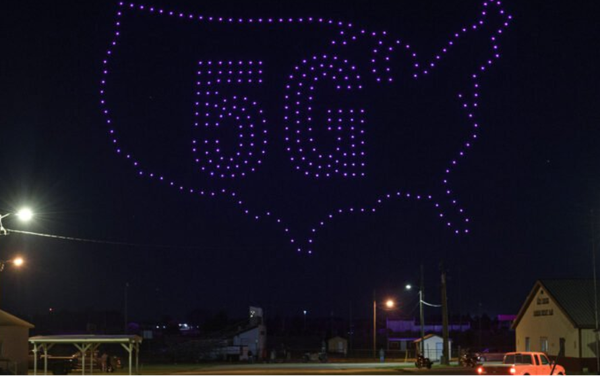 T-Mobile, the “un-carrier” whose unorthodox marketing tactics include mocking its more established competitors, on Thursday said it’s now bigger than AT&T and aiming to surpass  Verizon.

“Now we’re setting our sights on No. 1,” said new CEO Mike Sievert on a phone call with analysts.

T-Mobile, which had been the third largest wireless company, took over Sprint, the fourth largest, in a deal that finally became official four months ago, after it was announced in 2018.

The merger had to get the approval of the Justice Department and the Federal Communications Commission and overcome lawsuits from attorneys general in several states who worried the new company would stifle competition.

T-Mobile has made a pledge to keep rates down for at least four years, and it spun off some of Sprint’s customers to the Dish satellite network so a fourth big wireless network would still exist.

But because of the Sprint combination and T-Mobile’s own business strategies, it  said that at the end of June it had 98.3 million subscribers. AT&T reported 92.9 million.  Both of them arrived at their numbers counting -- or not counting -- certain kinds of users.

Figured another way, AT&T narrowly retains second place. Figured yet another way, it’s solidly ahead. Verizon still leads all of them with 119.9 million subscribers.

T-Mobile also claims it leads both of its competitors in 5G coverage. Its 5G capabilities cover 250 million people, far more than the more limited current reach of Verizon and AT&T as all of them still build out their systems.

T-Mobile has a history of hurling feisty barbs at its competitors. In 2019, former T-Mobile CEO John Legere mocked AT&T, which at the time was labeling its enhanced 4G service with a new logo that showed up on users phones reading 5G-E, leading some consumers to believe they were getting the much-ballyhooed 5G service.

“Didn’t realize it was this easy,” a T-Mobile tweet said, included with a video of someone taping a “9G” sticker on a cellphone. And Legere in June 2019 tweeted, “If you want 5G, and you’re a typical AT&T customer, you’re outta luck… But hey, if you just want to see that 5G icon on the phone, they’ve got [the] 5GE logo (which is essentially the same old LTE you’ve always had… don’t let them fool you!”