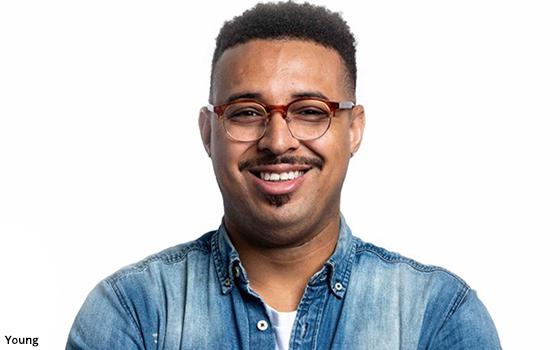 Nathan Young is stepping down from his position as president of 600 & Rising, the collective he cofounded in June that demands meaningful action from AdLand industry leadership on diversity and inclusion.

Young’s resignation has sparked the organization’s board of directors to dissolve the current structure of the organization and take the next 30 days to reassess its future leadership team. Their intent is that 600 & Rising will become an advocacy community led by the signatories — Black talent and non-Black allies — moving forward.

“In the haste to keep the industry focused on diversity issues, the signatories were not provided a chance to give input and support for actions of the movement that reflect them,” states a letter sent to signatories on Friday. “The Board members understand that this has not centered their voices in the movement, particularly those of Black woman, who are the most marginalized among us.” This mission is too important to structure an organization around it in an inadequate and inappropriate way, the memo goes on to claim.

Young’s departure comes after his late July tiff on Twitter with diversity group AdColor over a message that stated “ADCOLOR is an awards ceremony completely divorced from reality that sells the story that progress is being made on diversity in advertising and buys cover for holding companies.”

At the time, Young recognized his missteps and apologized to his followers and AdColor, stating this debate has “caused me to lash out at folks who didn't deserve it and transform into a person I did not recognize. My goal has always been to effect positive change in this industry and I cannot do that with a negative mindset,” he wrote.

Still, this incident continued to divide or at least distract people from the broader movement.

In the final days of July, Young published messages recognizing the need to reassess his own role within the organization and added apologies. (He still works full-time as group creative director at Periscope.)

“Splitting time between my day job and this movement in the middle of a pandemic has placed enormous stress on both me and my family. It has caused me to make critical errors in judgement, and candidly, feel more irritable and unhappy than I have ever felt in my entire life.” Ultimately, he felt he “lost his way.”

Today, Young posted: “From the beginning, I realized this movement was bigger than any one person. It's why the letter was signed by 600 signatories instead of a handful of advertising's elite. But in my haste to stand up an organization, I basically became 600 & Rising. That cannot stand.”