President's Digital Trade War With China Could Take Billions More Out Of The U.S. Ad Market 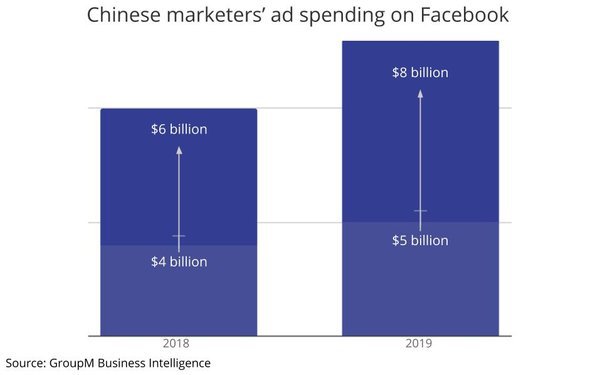 A year ago, the White House’s escalation of a trade war with China threatened to derail billions in ad spending by Chinese companies in the U.S. A year later, the White House is escalating the tension to explicitly include fast-growing and powerful digital media companies from China that have largely contributed to a boom in spending on U.S. media outlets.

Specifically, the President ordered bans on both TikTok and WeChat effective Sept. 15, though he said he’d allow TikTok to be sold to a U.S. company, such as its presumed suitor Microsoft, as long as the White House gets a piece of the action.

The logic behind the ban appears to be motivated by several factors, including the fact that teenage TikTok users pranked Trump by helping to inflate expectations of audience attendance at his rally in Tulsa, OK, in June.

While several U.S industries, especially farmers, are still struggling to recover from the effects of the President’s original trade battle with China, the new digital media salvo threatens billions of dollars spent by Chinese companies advertising on U.S. media at an especially vulnerable time for the U.S. ad industry.

According to an analysis published last year by GroupM Business Intelligence, Chinese companies advertising on Facebook alone, spent between $5 billion and $8 billion in 2019.

It’s hard to say what the macro effect of this digital media trade war might be beyond Facebook, but it’s worth noting that fledgling Snapchat reported about $50 million in advertising revenues from Chinese companies -- principally TikTok -- during the second quarter.

Presidential egos aside, a digital media trade war couldn’t come at a worse time for the U.S. ad marketplace, which declined 27% during the second quarter, according to a MediaPost analysis of Standard Media Index’s U.S. Ad Market Tracker.

Importantly, digital ad spending has proven most resilient during the recent ad recession, falling at only moderate single-digit rates vs. other media. That’s something that could change as billions of dollars in Chinese ad spending get sucked out to the U.S. digital advertising marketplace.

2 comments about "President's Digital Trade War With China Could Take Billions More Out Of The U.S. Ad Market".
Check to receive email when comments are posted.
Read more comments >
Next story loading