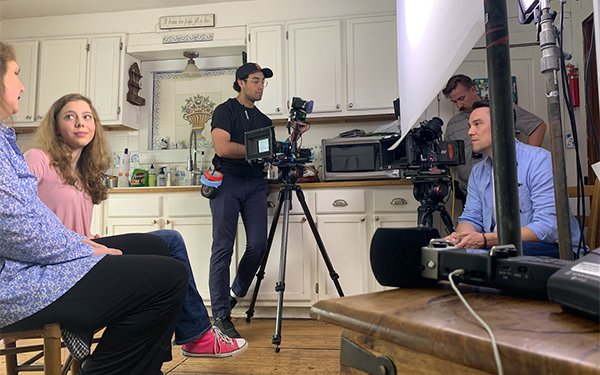 Each year, Team One encourages its employees to team up and develop proposals for original ideas that will help to solve problems near to their hearts to benefit the community.

The annual Launch An Idea program is designed to support causes like drought, homelessness, or illiteracy, along with specific organizations. Winners are judged on innovative thinking, the potential to generate awareness and buzz, how the idea ties int to the agency’s values, and its overall feasibility.

This year, Team One is raising awareness for the need for medical marijuana through a new film, “Chasing Hope.” The film was born out of the personal struggle and experiences of filmmaker Ryan Durr, an associate creative director at the agency.

After years of testing out various medications to treat his son’s rare epilepsy disorder, Durr finally found relief in medical marijuana. He also found that the cost is incredibly prohibitive and wanted to help change that and raise money for families in need.

As the winning idea, Durr’s team received $25,000 plus access to Team One’s full-service capabilities and studios.

“The film goes beyond the benefits of medical marijuana, shining a light on the real issues and barriers to this type of treatment,” said Chris Graves, chief creative officer at Team One.

"We invested in this film because we know the cannabis industry is in a transitional stage, and needs creative problem-solving more than ever," Graves adds. "It’s been interesting to see how much of the conversation in this space has shifted to health and wellness, but there’s more work to do, and we want to play a part in continuing to reshape the dialogue and dispel stigmas.”

Past winners have included Crenshaw CORE, a small business accelerator aimed at providing professional advertising education to the South Los Angeles Community; Solve for One, a hackathon to solve accessibility challenges of real people living with disabilities in L.A.; and Blue Dish Initiative, a program to eliminate paper and plastic use at Team One offices.