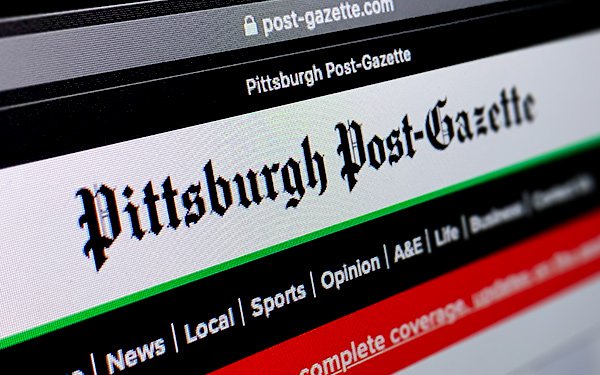 In an anonymous vote among its members, the unionized newsroom staff of the Pittsburgh Post-Gazettevoted to authorize union leaders to call a strike in an overwhelming 88-31.

The call to strike follows attempts over the past three and a half years by the Newspaper Guild of Pittsburgh, which represents the staff of the Post-Gazette, to negotiate a new contract with newspaper ownership.

In July, the Post-Gazette’s attorney, Richard Lowe, claimed the sides were at a negotiations impasse and imposed working conditions that illegally eliminated tenets of the expired contract the union members had continued to work under.

“We want nothing more than to negotiate a mutually agreed upon settlement. Should the company refuse to rescind the illegal changes to our working conditions, return to the bargaining table and negotiate a fair contract for both sides, we are prepared to withhold our talent from the Post-Gazette, to effectively remove the newspaper’s heart and soul,” stated Michael A. Fuoco, Guild president, who has worked as a reporter at the paper for 36 years.

The next steps following yesterday’s vote include approval for the strike by the executive council of the local’s union, the NewsGuild. The executive council was also responsible for recommending Post-G azette union members vote to authorize a strike in July.

Following approval by the executive council, the move to strike must be approved by Communications Workers of America president Christopher M. Shelton.

In addition to the newsroom staff’s vote to strike, Pittsburgh Typographical Union #7 and Mailers Local M-22, both Communications Workers of America unions at the Post-Gazette, have unanimously authorized a strike.

“Today’s vote clearly shows that our members are fed up with the Post-Gazette’s long-standing refusal to bargain in good faith,” stated Jonathan D. Silver, Guild unit chairman, a 23-year reporter and editor at the paper and a contract negotiator.