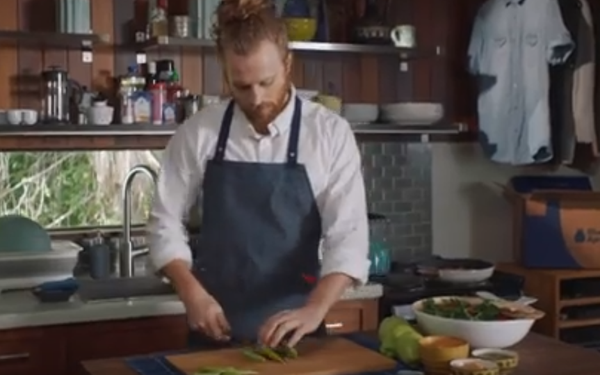 The increase in cooking at home as a result of the pandemic has helped to deliver a brief financial respite to meal kit provider Blue Apron.

Blue Apron Holdings posted net income of $1.1 million in the recently ended second quarter — its first profit since going public in 2017. The company credited both the pandemic and its own promotional efforts, while projecting it could lose “no more than $18 million” in the third quarter.

This year has been a financial juggling act of sorts for Blue Apron. It’s pulled back on marketing spending, while paying increased labor costs at its fulfillment centers.

“Our biggest challenge, as it has been for many, has been securing an adequate labor supply while maintaining a safe work environment for our team,” president and CEO Linda Kozlowski told financial analysts on July 29.

“The customer additions in the second quarter came despite our deliberate decision to scale back marketing and promotional programs earlier in the quarter, as we focused on building capacity in our fulfillment centers to address increased demand,” said Kozlowski.

New offerings in the first quarter included premium recipes with a higher price point. In June, the company began rolling out a two-person meal plan that allows people to add a third recipe to their order.

The third quarter is typically the company’s slowest.

“We also typically have some higher costs associated with shipping boxes in the summer months, due to warmer temperatures,” CFO Tim Bensley told analysts. “We expect to incur a net loss of no more than $18 million in the third quarter.”

According to ad-measurement provider iSpot, Blue Apron’s last TV ad ran in February. Titled "Feed Your Soul," the pre-pandemic commercial promoted “breaking out of food ruts” and skipping “the stress of meal planning.”